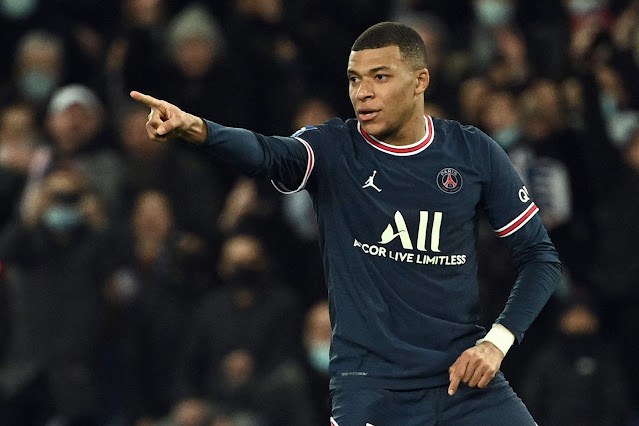 Real Madrid are said to have secured an agreement for the signing of Kylian Mbappe with the PSG forward due to become a free agent in the summer.

The 23-year-old forward has been open about his dreams of lining up for Los Blancos – with PSG failing in their attempts to tie him down to a new deal.

The World Cup winner with France now looks set to complete his dream on the expiration of contract this summer.

The Spanish giants are said to have agreed a bumper contract with Mbappe to sweeten the deal even further, almost doubling his PSG pay packet.

365Sports reports that Real Madrid have finally secured an agreement with Mbappe after talks with PSG broke down in the summer.

They add that his yearly salary will work out as £41.5million, which equates to around £800,000-per-week, with reports saying he currently earns £22million-per-season in France.

Mbappe has been a PSG player since leaving Monaco on an initial loan deal back in 2017, scoring 130 goals across 155 fixtures and winning three Ligue 1 titles.

Mbappe said this season when asked if he regretted trying to leave the club last summer: “I was honest.

“I gave a feeling, I gave what I have in my heart. I’m happy to stay … it’s my city, too. I’m French … I want to win everything this season.”

Watch Lionel Messi‘s first training session with PSG team. How strong do you think the new Paris Saint German Team will be for signing a soccer wizard? Let’s hear your say in the comment section below if you are a real lover of sports. Please follow and like us:

Real Madrid are set to submit a bid of €200m for Kylian Mbappe if Paris Saint-Germain rejects the €170m that was submitted on Thursday, August 26th, 2021. Mbappe has been on the radar of the Spanish club since the start of this transfer window. Madrid has given the French club a deadline of 5 pm today (Monday, August 30th, […]

Paris Saint-Germain has officially announced the signing of football star Lionel Messi, after the Argentine was forced to leave Barcelona due to the club’s financial troubles. Hundreds of fans waited a Parisian airport as Messi touched down on a flight from Barcelona on Tuesday afternoon (local time). Without explicitly naming Messi, the French club shared a video […]