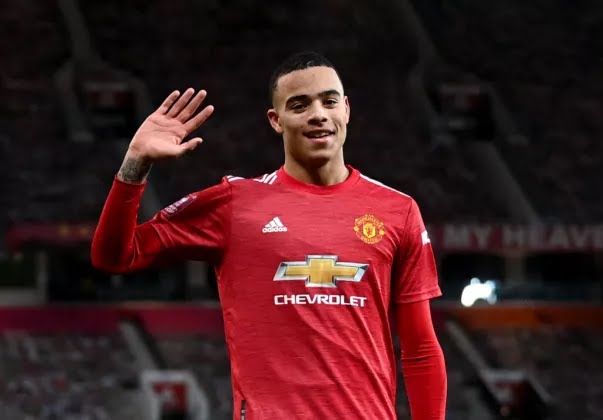 Mason Greenwood has been suspended by Manchester United after his girlfriend accused him of assaulting her.

The allegations, which included a video, photographs and voice notes, were released on Instagram on Sunday morning and were deleted shortly afterwards.

Greater Manchester Police said they were “aware of images and video circulating on social media” and that “enquiries are ongoing to establish the full circumstances.”

In a statement, Manchester United said: “Mason Greenwood will not return to training or play matches until further notice.”

The club earlier said they “do not condone violence of any kind” and had been made aware of the allegations on social media but would make no further comment until the “facts have been established”.

Greenwood, 20, from Bradford, has played 129 times for Manchester United, including 24 appearances for the club this season. He has one England cap.

Earlier on Sunday, a United spokesperson said: “We are aware of images and allegations circulating on social media.

“We will not make any further comment until the facts have been established. Manchester United does not condone violence of any kind.”

Greenwood’s sponsor Nike said the company was “deeply concerned by the disturbing allegations”.

Manchester United have confirmed Michael Carrick will remain in caretaker charge for the Premier League game against Arsenal on Thursday. Our former midfielder has overseen the 2-0 win at Villarreal and 1-1 draw with Chelsea since Ole Gunnar Solskjaer’s departure. Ralf Rangnick was announced as interim manager on Monday but, while the club follows the regulatory […]