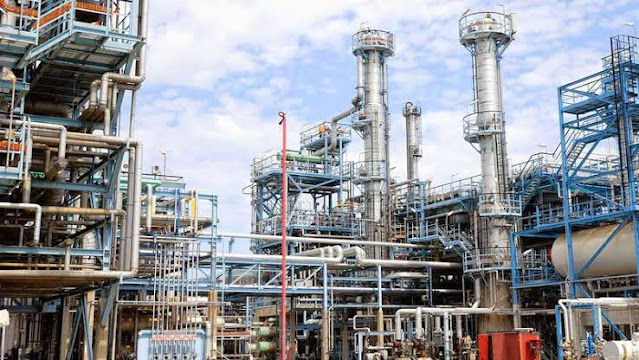 The Nigeria Labour Congress (NLC) has stated that the federal government should focus on making refineries work.

This was made known on Tuesday by the deputy president of NLC, Joe Ajaero while speaking on the fuel subsidy controversy during an interview on Sunrise Daily, a Channels Television programme.

Recall that the federal government had on Monday postponed the planned petrol subsidy removal till further notice due to “high inflation and economic hardship”.

The government had initially planned to stop subsidy payments on petroleum products from July this year.

In reaction, the NLC deputy president: “We want the government to refine here. We have been getting stories from the government that they will fix refineries. As at last year, they made provision of about $1.5 billion for the maintenance of refineries but they did not make it work.

“In the Nigerian context, the issue of subsidy is increasing the price of fuel. The export of crude oil for refineries has continually devalued our currency by refining outside.”

He said instead of exporting crude oil to be refined in other countries, thereby increasing revenue generation, the government should settle for alternatives.

“We worsen the effect when we take crude oil outside for refining and it affects about 3,000 people from getting employed,” Ajaero said.

“We should legalise illegal refineries. We have had meetings upon meetings but we keep getting promises and we haven’t seen anything. We have to localise refining our petrol so that petrol will be cheaper.”

Ajaero, however, added that after the rally, the NLC would wait until June 2022 before its next move.

The federal government has announced the possible resumption of flights between Nigeria and the United Arab Emirates [UAE]. Direct flights between both countries were suspended in March over issues relating to COVID-19 protocol. Speaking at a media briefing on Monday, Mukhtar Muhammad, national incident manager of the presidential steering committee on COVID-19, said that both […]

The National Union of Nigerians Associations in Italy (NUNAI), have appealed to Federal Government to make available more passports booklets to Nigeria Embassy in Italy. The group make the appeal in an open letter to the Minister of Interior, Alhaji Rauf Aregbesola and that of Foreign Affairs, Mr Geoffrey Onyeama, which was made available to newsmen in Benin on Wednesday. The letter […]