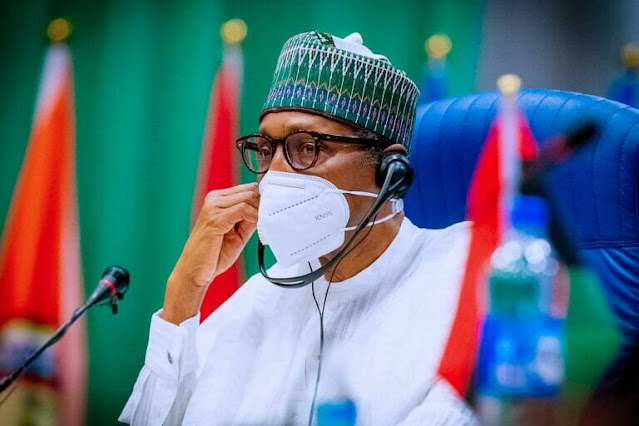 Nigeria’s President, Muhammadu Buhari has asked Nigerians to support the Super Eagles despite their ouster from the ongoing Africa Cup of Nations (AFCON) in Cameroon.

Recall that the Super Eagles were eliminated in the round of 16 after a 1-0 loss to Tunisia on Sunday.

Their exit from the tournament came barely a few hours after Buhari had called the team to motivate them to keep on winning.

Meanwhile, a lot of Nigerians on social media had attributed the team loss to the call which they claimed, among others, was a distraction.

In a statement released by Garba Shehu, presidential spokesperson, on Monday, Buhari said the players lost the game despite giving their best.

He then pleaded with Nigerians not to “write them off.”

“They gave everyone the confidence that they were up to it, and I am sure it was something they could have achieved. Nonetheless, we should not write them off,” Buhari said.

The president also urged Nigerians to encourage the players to do better next time, especially in view of the World Cup qualification playoffs.

After the early exit from AFCON, the Eagles’ attention will now be on the World Cup qualification playoff against Ghana in March this year.

The winner of the clash will join four other countries as Africa’s representatives at Qatar 2022 World Cup in November.

Nigerian duo Kelechi Iheanacho and Ademola Lookman have been hailed by Manchester City manager, Pep Guardiola following their performances in Sunday’s Premier League clash. Recall that before winning 6-3 at the Etihad, City almost threw away a four-goal lead against Leicester. On Iheanacho’s return to Brendan Rodgers’ starting XI, he scored a goal and assisted […]

President Muhammadu Buhari has felicitated the Chairman and Chief Executive Officer of Dangote Group, Aliko Dangote, as he marks his 65th birthday on April 10, 2022. In a statement issued Sunday by his Media Adviser, Femi Adesina, the president joined family members, friends and associates to celebrate the milestone with the business magnate. President Buhari […]