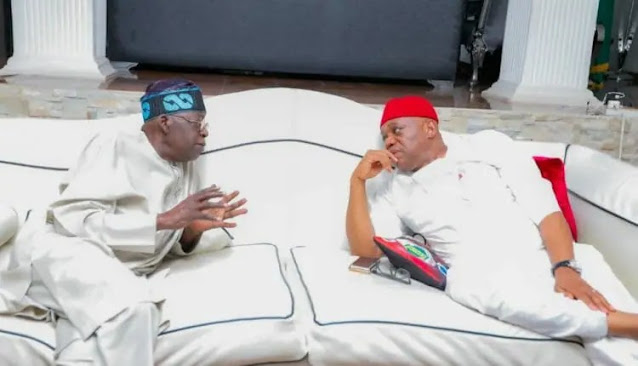 Senator Orji Kalu, Chief Whip of the Senate has stated that leaders of the six geopolitical zones convinced him to join the 2023 presidential race despite having told other aspirants that he won’t be contesting for presidency.

He said he had earlier told a chieftain of the All Progressives Congress, Asiwaju Bola Tinubu; the Governor of Ebonyi State, David Umahi, and former President of the Senate, Anyim Pius Anyim, that he had no intention of running for president in 2023.

This was made known on Friday by Kalu during an interview with Silverbird Television.

Kalu said he changed his mind after consultations with the leaders from the six geopolitical zones.

This was as he expressed the belief that he had the capacity and experience to turn around the economy of the country and fight insecurity.

“I flew from my village to tour some places and I met with some leaders in the North, West and somewhere in Lagos and Warri and I returned on the 8th back to Igbere, my hometown, and also met with the elders of my community and they said that it’s a possibility.

That is why I have not gone back to tell these people, who I initially told that I would not run, that I am now going to run. I will still have a meeting with them and tell them formally that I am going to run for the president.”

On media reports that he attacked Tinubu, Kalu stated that they both had a deep-rooted friendship, adding that the presidential ambition of the former governor of Lagos State would not threaten his own.

Annie Idibia Drools Over Hubby 2Face Idibia, Describes Him As A God

Anthony Kila, chairman of the event’s organizing committee, announced this in a statement on Friday. Nigerian presidential candidates; Bola Tinubu, Atiku Abubakar and Peter Obi are among dignitaries invited to grace an event to pay tributes to the late MKO Abiola on June 12. Anthony Kila, chairman of the event’s organising committee, announced this in […]