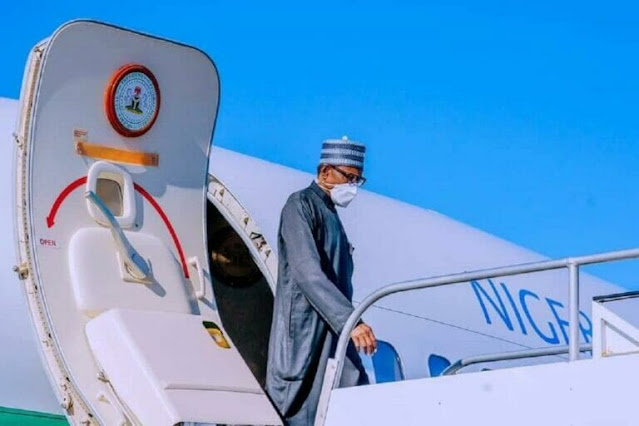 President Muhammadu Buhari will depart Abuja, Wednesday, for Banjul, Republic of The Gambia, to attend the inauguration of Gambian President, Adama Barrow, following his re-election for a second term.

On the invit ation of his host, President Buhari will be Special Guest of Honour at the ceremonies to be attended by other African leaders at the Independence Stadium, Bakau.

The President, along with other ECOWAS leaders, played a leading role in the restoration of democratic rule in The Gambia in 2017 after the former President, Yahya Jammeh, refused to surrender power after losing the election.

The President is expected back in the country at the end of the inauguration ceremonies.

President Muhammadu Buhari will depart Abuja Saturday today for a 20 day vacation trip. He is expected to return to Nigeria on May 10th, 2022. He is expected to commission developmental projects especially in the sectors of education, healthcare and roads. At the end of the visit, President Buhari will be proceeding to his country home Daura where he […]

“We Are In Final Phase Of War Against Insurgency” – President Buhari

President Muhammadu Buhari has called on troops of operation Hadin Kai to remain steadfast as they go into the final phase of the fight against insurgency. The call was made on Thursday by President Buhari at the air force base in Maiduguri, Borno state. Recall that suspected fighters of the Islamic State in West African […]