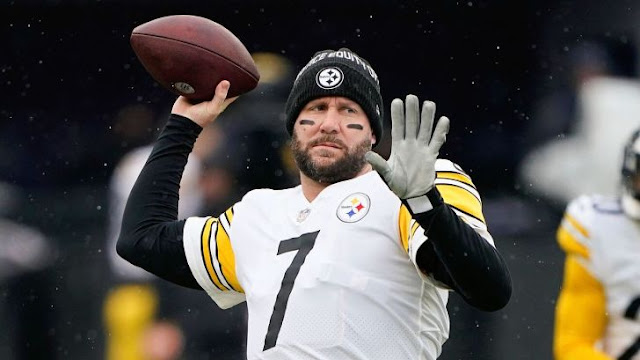 Ben Roethlisberger hasn’t officially announced his retirement, but he sure sounded like someone retiring following Sunday’s playoff loss to the Kansas City Chiefs. Ben admitted to reporters after the game that his new reality probably won’t hit him until training camp.

I’m gonna do everything I can to be the best husband and father I can be. It’s going to be different, going to be fun, he said. I’m looking forward to it.

The Pittsburgh quarterback finished the wildcard game 29-of-44, passing for 215 yards, two touchdowns and zero interceptions.

Next up is a trip to the Hall of Fame for the Steelers legend, assuming he does officially retire, will end his career with two Super Bowl rings, another Super Bowl appearance, six Pro Bowl selections and an Offensive Rookie of the Year. The thirty-nine-year-old played for the Steelers for eighteen seasons.

Apple Music Spotlights 22 Albums To Look Forward To In 2022

Anita Joseph Recounts How She Met Her Husband, Lays Curses On Those Awaiting Thier Split