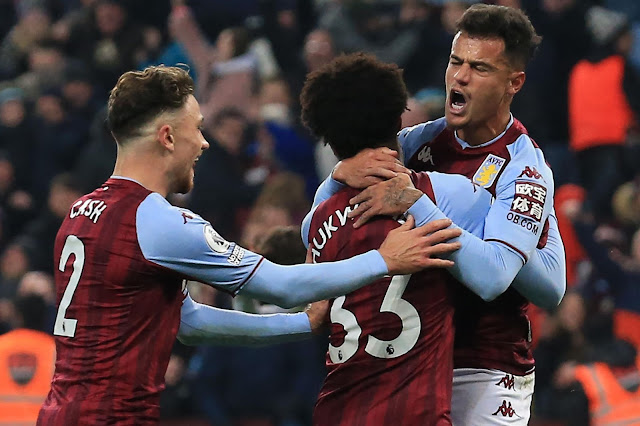 Manchester United were looking to pay Villa back as they lost the first leg last year. Bruno Fernandes who missed a last minute penalty in their last meeting opened the scoring in the first six minute of the game through a powerful shot that went off the hands of Argentine Martinez.

He doubled the lead in the second half of the game and Manchester United was looking good to gran all three points but second-half substitute Coutinho contributed in the run to help his side scored their first goal in the game before tapping home Jacob Ramsey’s square ball to equalise with eight minutes left to play.

Philippe Coutinho has marked his return to English Premier League and it seems the player feels much happier than when he was at Barcelona. Manchester United played without some of their key players as the likes of Scott Mactoomy and Luke Shaw were left out because they have both received five yellow cards.

Manchester United almost got the winner in the last minute of the game when last minute substrate Van De Beek forced a shot into Aston Villa post but it blocked by Aston Villa defender for a corner kick.

Davido’s First Baby Mama, Sophia Reveals What She Will Be Doing To Lagosians This Year