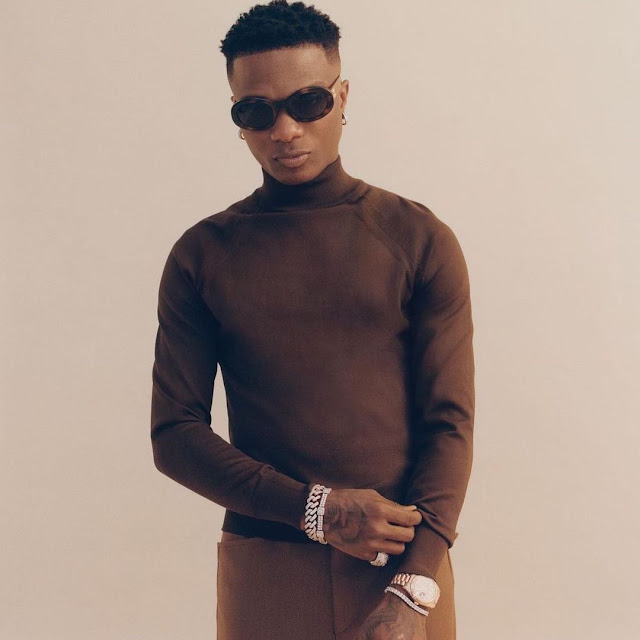 Wizkid’s 2020 album, Made in Lagos has grabbed a Silver certification in the UK after amassing over 60,000 unit of song sales in the region.

Wizkid‘s Made in Lagos album has achieved yet another milestone with a silver certification in the UK after amazing over 60,000 unit sales. This was shared via Instagram on Friday, the 14th of January 2022.

The classic album, which was released in 2020, and its deluxe version, released in 2021, is now accorded as a global album and, for the year 2021, garnered over a billion streams across all music streaming platforms.

Wizkid’s global hit album, Made in Lagos has now been granted a silver certification in the UK after securing over 60,000 unit sales. Congratulations to Wizkid on starting the new year in the same fashion as last year.

Nigerian afro-beats superstar Ayodeji Balogun, popularly known as Wizkid, has been tipped to bag a nomination for the 2022 Grammy awards with his ‘Made in Lagos’ album. According to a feature by Billboard magazine—an American music and entertainment magazine published weekly that has been in existence since 1894—Wizkid’s most recent album has a chance of being nominated for the […]

Wizkid – “Made In Lagos” [Full Album]

Starboy Entertainment Boss, Wizkid has finally launched his highly awaited project called ‘Made In Lagos’ Album. After three long years of teasers and anticipation, Wizkid finally released his album, ‘Made In Lagos.’ The album was the fourth studio project after the success of ‘Sounds from the Other Side’ in 2017. He also released “SoundMan Vol […]

Nigerian celebrated musician, Wizkid, has become the first African artist to reach 300 million streams on Audiomack. His new album, #MadeinLagos may be topping billboards and countdown counters around the globe, but a recent check on Audiomack, an on-demand music streaming and audio discovery platform that allows artists and creators to upload limitless music and […]