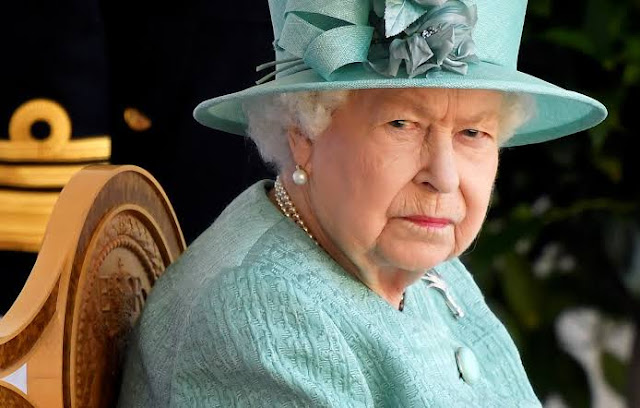 The UK government on Friday apologised to Queen Elizabeth II, after revelations that Prime Minister Boris Johnson’s staff broke coronavirus restrictions by partying on the eve of Prince Philip’s funeral.

“It is deeply regrettable that this took place at a time of national mourning and Number 10 (Downing Street) has apologised to the palace,” Johnson’s official spokesman told reporters.

The message to the 95-year-old head of state is understood to have been sent through official channels by telephone, and not personally sent by Johnson, who is under growing pressure to quit after a slew of similar allegations.

Johnson has so far tried to weather the storm of public and political outrage, apologising in parliament this week for attending one of the events in May 2020.

But the two parties on April 16, 2021 as the Queen prepared to bury her husband of 73 years — and revealed by the Daily Telegraph — takes the scandal to another level.

The newspaper, for whom Johnson worked before going into politics, is normally supportive of his Conservative government.

Prince Philip’s funeral at Windsor Castle was limited to just 30 guests due to government Covid rules, forcing the Queen to sit alone in a church pew to say her final farewell.

About the same number of Johnson’s staff held separate boozy bashes the night before, with music from a DJ, and alcohol bought from a supermarket and smuggled into Downing Street in a suitcase.

Johnson, who is currently isolating due to a close family member contracting Covid, was at his official country residence, Chequers, at the time, according to the Telegraph.

– ‘Moral vacuum’ – All three main opposition parties have demanded Johnson’s resignation. Five of his own Conservative MPs have publicly joined the calls for him to quit.

Andrew Bridgen, a previously loyal supporter, on Friday became the latest Tory MP to say he had submitted a letter of no confidence in Johnson to a powerful committee of rank-and-file Conservative MPs.

If 15 percent or 54 of the 360 Conservative MPs in parliament do the same, it will trigger an internal leadership contest — if Johnson does not quit of his own accord.

The Telegraph reported that as many as 30 MPs had already sent letters.

Bridgen, a staunch supporter of Brexit that swept Johnson to power in 2019, wrote in the newspaper that there was currently “a moral vacuum at the heart of our government”.

Most cabinet members have rallied around Johnson but the backing from potential successors such as powerful finance minister Rishi Sunak has been distinctly lukewarm.

Johnson has urged all sides to await the findings of an internal inquiry, which is now set to include the latest claims.

His former director of communications, James Slack, on Friday apologised for the “anger and hurt” his April 16 leaving party had caused.

The party is reported to have merged with another event marking the departure of one of Johnson’s personal photographers.

Government guidance at the time outlawed socialising except with your household or support bubble. That saw thousands of families unable to visit loved ones sick or dying with Covid, or even attend their funerals.

– ‘Disdain’ -Angela Rayner, deputy leader of the main opposition Labour party, and others seized on the revelations, arguing they

showed a culture of double standards at the heart of government.

“The Queen sat alone in mourning like so many did at the time with personal trauma and sacrifice to keep to the rules in the national interest,” Rayner said.

“I have no words for the culture and behaviours at Number 10 and the buck stops with the PM,” she added.

Fran Hall, from the Covid-19 Bereaved Families for Justice group, said: “For the people running the country to do it and then lie about it, shows a complete disdain for the general public.”

One new poll by YouGov in The Times newspaper gave Labour a 10-point lead over the Tories, its biggest margin since 2013, and said six out of 10 voters believe Johnson should resign.

London’s Metropolitan Police say they will await the findings of the government’s internal inquiry before deciding whether to launch their own criminal probe.

Britain’s Queen Elizabeth was pictured standing and smiling on Wednesday, days after a Remembrance Sunday service at the London cenotaph, due to a sprained back. Wednesday’s was the 95 year-old monarch’s first in-person public engagement since spending a night in the hospital last month. The monarch stayed in hospital for the first time in years last […]

Britain’s Queen Elizabeth is hoping to be fit enough to meet world leaders at the COP26 climate conference next week after she followed doctor’s advice to rest and did not go to church at the weekend, The Sun reported on Monday. The world’s oldest and longest-reigning monarch, 95, stayed in hospital overnight on Wednesday but […]