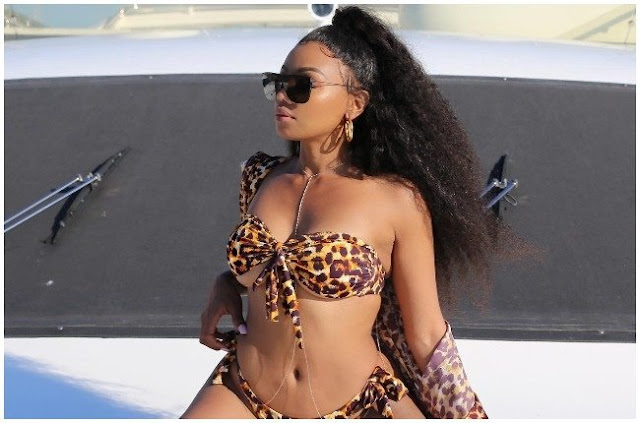 A video of the footballer dancing to the Ameno Amapiano remix surfaced on social media, and people gushed over him.

Things got interesting after the South African media personality saw the video; she lusted after him, by saying, “I want to sit on his face.”

Fans were wowed by Bonang’s tweet, as she’s known to be reserved on social media.

Minutes later, she deleted the tweet, and said it was all a joke.

Manchester United midfielder, Paul Pogba has promised to reward anyone who could provide vital information about some burglars that ambushed his house. The 29 years old player revealed that his house was burgled on Tuesday night while his children slept. Pogba revealed this in a statement he posted across his social media pages while offering […]

Manchester United midfielder, Paul Pogba has debunked the news making the rounds that he snubbed Ole Gunnar Solskjaer after the defeat to Liverpool at Old Trafford on Sunday, October 24th, 2021. The 28-year-old took to his official Twitter account on Wednesday, October 24th, 2021, to debunk the news which was reported by The Sun. Pogba was sent off in the […]