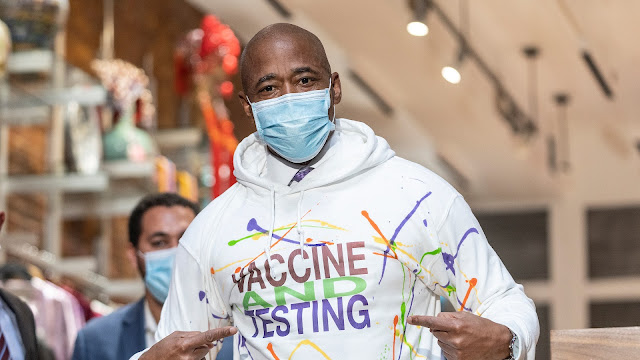 New York Mayor Eric Adams is facing nepotism claims after he appointed his brother Bernard Adams as the commissioner of the New York Police Department (NYPD).

Eric, who was a retired NYPD sergeant; will earn almost a quarter of a million dollars in salary as per The Post.

This is much more than what a deputy police commissioner earns which is approximately $240,000.

“New Yorkers expect that public servants are hired based on their unique qualifications and not because they are the mayor’s brother,” Susan Lerner; executive director of Common Cause New York, a good governance group, told City and State.

Meanwhile, Eric has also been criticised by Keechant Sewell for criminal justice reforms.

She was his pick for the role of New York Police commissioner.

“I have strongly recommended to the Manhattan district attorney not to go forward with a policy that treats felony gunpoint robberies of our commercial establishments as misdemeanor shoplifting offenses;” Sewell wrote in a widely leaked letter to police offices.

Democrat Adams won New York City’s mayoral race on November 2; on promises to boost public safety and give voice to working-class residents, drawing on his experience as a police captain and as a Black man who experienced police brutality as a youth.

Adams retired from the police department in 2006.

He then won a seat in the state Senate, representing Brooklyn.