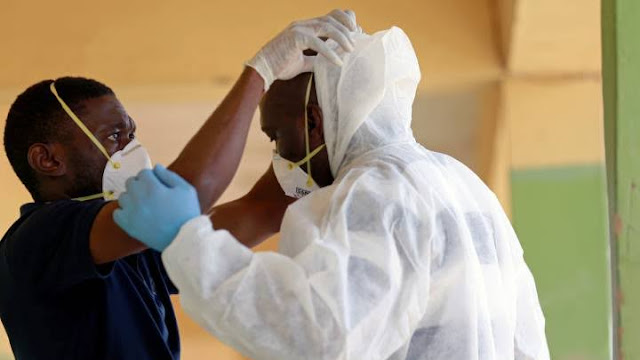 Nigeria has recorded 428 new cases of COVID-19 in 13 states and the federal capital territory (FCT).

The COVID-19 result waa announced by the Nigeria Centre for Disease Control (NCDC) in its daily update for Tuesday, January 4, 2022.

According to the NCDC data, 634 people were discharged after they recovered from the infection.

But eight persons were said to have died from COVID-19 complications.

From “Twice As Tall” To “African Giant”, Burna Boy The Live Experience Concert Was Epic [Photos]

A Houston area health department doctor accused by prosecutors of stealing nine doses of coronavirus vaccine from a damaged vial; and administering them to family and friends insists he did nothing wrong and was only trying to ensure the vaccine was not wasted, his attorney said Thursday. Authorities allege that Hasan Gokal, who worked for Harris […]

President Muhammadu Buhari has issued another warning to All Progressives Congress [APC] leaders. The party’s national convention will be held on Saturday at Eagle Square in Abuja. In a statement on Friday, the President cautioned the APC not to do anything “that will jeopardize the chances of the party in the 2023 General Elections”. Buhari […]