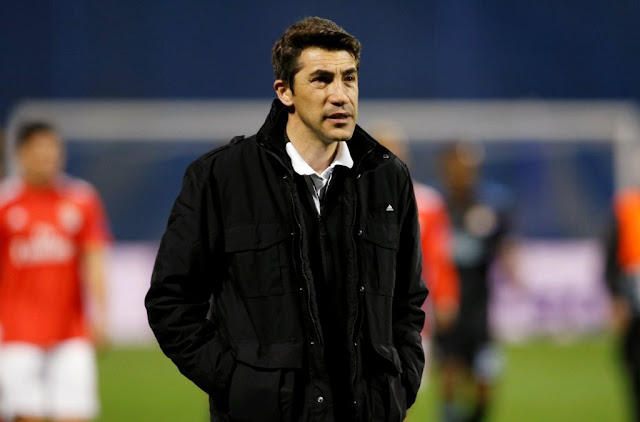 Wolves manager, Bruno Lage has explained how his side were able to beat Manchester United and got their first ever victory at Old Trafford on Monday night.

Wolves defeated a struggling Manchester United side devoid of ideas and cohesion with Joao Moutinho scoring in the 82nd minute after Lage’s side had shown a dominant performance from the blast of the whistle.

It was Manchester United’s first defeat since Ralf Rangnick took over despite their not-too-good performances so far.

“The most important thing is the way we played this game against this team. I think we prepared well for the game and I give a lot of compliments to my players to come here and play in our way,” Lage told 365Sports.

“The first half was very good, we controlled everything, we created a lot of chances and didn’t score. Second half, they adapted and changed the system. Afterwards, we changed some guys and they helped us to win this game.

“Even now with three points and one goal, we had more chances than goals, so we need to continue to work.”

From “Twice As Tall” To “African Giant”, Burna Boy The Live Experience Concert Was Epic [Photos]

Manchester United face West Ham for the second time in the space of four days in the EFL Cup. There was huge late drama in Sunday’s Premier League meeting, which United won 2-1 after Jesse Lingard’s winner and David de Gea’s penalty save. He has confirmed that Sunday’s match-winner Lingard will play in a rotated […]

Manchester United midfielder, Paul Pogba has promised to reward anyone who could provide vital information about some burglars that ambushed his house. The 29 years old player revealed that his house was burgled on Tuesday night while his children slept. Pogba revealed this in a statement he posted across his social media pages while offering […]