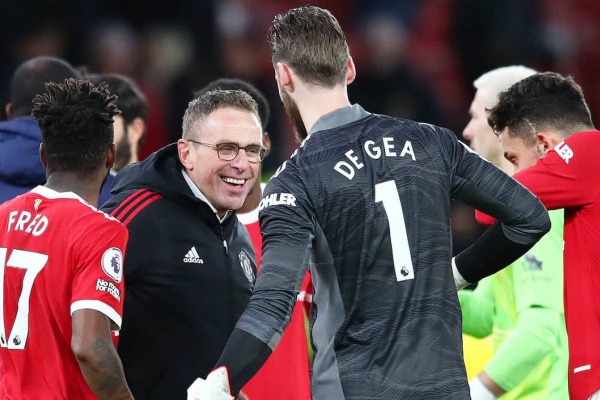 Rangnick’s side head to the game after a 3-1 win over Burnley in their last Premier League fixture.

Man United are currently in the seventh position on the Premier League table with 31 points from 18 games.

Below is Man United’s full squad against Wolves:

The kick-off time for Man United vs Wolves is 6.30 pm.

UEFA have fined Manchester United €10,000 after three fans invaded the Old Trafford pitch during their Champions League match against Young Boys in December. The game, which was essentially a dead rubber, ended in a 1-1 draw. During the match, three supporters managed to evade security and make their way onto the pitch. United had […]

Mason Greenwood has been suspended by Manchester United after his girlfriend accused him of assaulting her. The allegations, which included a video, photographs and voice notes, were released on Instagram on Sunday morning and were deleted shortly afterwards. Greater Manchester Police said they were “aware of images and video circulating on social media” and that “enquiries are ongoing […]