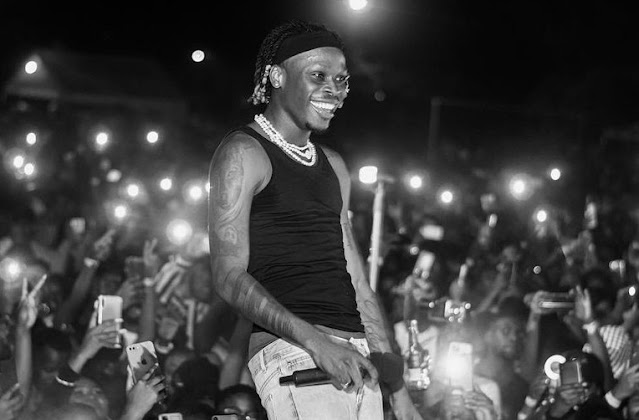 Fireboy DML had a thrilling and intimate concert for his fans in Lagos, and it was a night of emotions, excitement, and tummy-butterflies.

Nigerian sensational singer, songwriter and performer Fireboy DML wowed his fans with a spectacular show in Lagos and we have all the highlights just for you!

The YBNL signee waited till the new year to have his headline show tagged “The Fire concert” happen. Held at the Balmoral Centre, Victoria Island, Lagos, the show saw Fireboy majorly mesmerize his fans all by himself. However, before the Afrobeats star took the stage, acts like Jaido P, Zamorra, and Soundz entertained the fans before Fireboy’s arrival.

Blessed with a rich catalogue, Fireboy entertained his fans with songs from his “Laughter, Tears & Goosebumps” album as well as his “Apollo” album, among other singles he had dropped.

His record label boss, Olamide, was also sighted at the event, alongside ace rapper Reminisce.

Watch the highlight from Fireboy’s Fire concert below:

FireBoy DML has released a new track off his new studio album “Apollo” and its a music you all will love to have on your music playlist and vibe to, after you have enjoyed some hits from him in is previous released singles, he is back to thrill his fans with this new one while […]