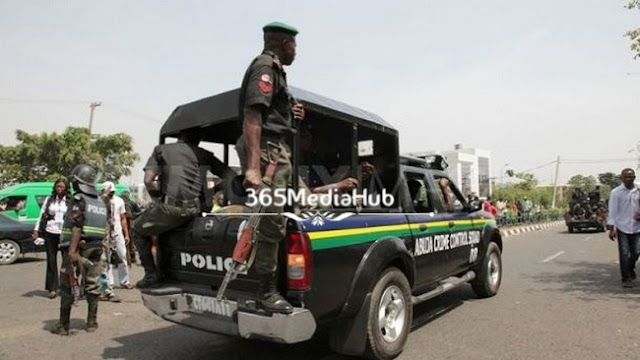 Two suspected armed robbers have reportedly died in a hospital where they were rushed for medical treatment after exchanging gunfire with police operatives in Udu Local Government Area of Delta State.

Other members of the criminal gang escaped towards the Udu-Otokutu expressway during the shootout.

The Police also recovered one AK-47 rifle with breech no. 148399, one magazine loaded with 11 rounds of 7.62mm live ammunition and three cut-to-size locally-made guns from the deceased suspects.

One red Mercury Mariner SUV with reg no. Abuja KWL 895 RQ which is the operational vehicle of the hoodlums was also recovered.

He said the hoodlums, who had operated in the area, attempted an attack on one chief (name withheld) unknown to them that the chief had a team of Special Protection Unit (SPU) operatives escorting him.

“However, on noticing the presence of the SPU operatives, the hoodlums numbering about four diverted to a street in Igbeki Udu.

“The combined team of SPU Operatives and Ovwian Aladja Patrol teams led by the DPO Ovwian Aladja Division went after the hoodlums,” the statement read.

“The Police teams engaged the hoodlums in a gun duel and in the ensuing shootout, two of the suspected armed robbers sustained gunshot injuries while the other members of the gang escaped into the bush.”

According to the police image-maker, “The injured suspects were taken to the hospital but gave up the ghost while receiving treatment. One AK-47 rifle with breech no. 148399, one magazine loaded with eleven rounds of 7.62mm live ammunition and three cut-to-size locally made guns were recovered.”

He said, “Manhunt for the fleeing suspects is ongoing.”

While commiserating with the deceased families who were killed during a rival cult clash yesterday, CP Ari Muhammed Ali urged members of the public to help the police with any useful information that can lead to the arrest of the other two fleeing suspects.

Ari also admonished members of the public to be security cautious at all times, monitor their environment and report any suspicious movement around them to the police.