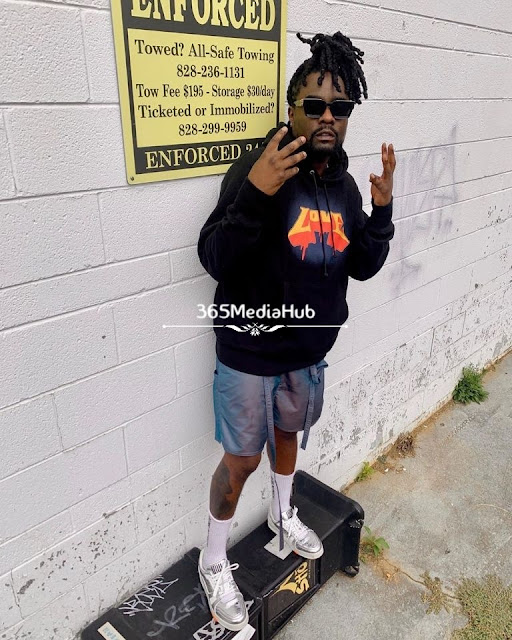 Superstar Rapper Wale has broken the hearts of his numerous female fans as he shared that he has no plans of ever getting married.

The rapper took to his Twitter page to share the heartbreaking news. He revealed this after a fan threw a cupid arrow at him on the app when she told him that they could have been married but he’s been playing around.

He replied sharing that he’s never getting married, it’s not possible and he is not about that life. 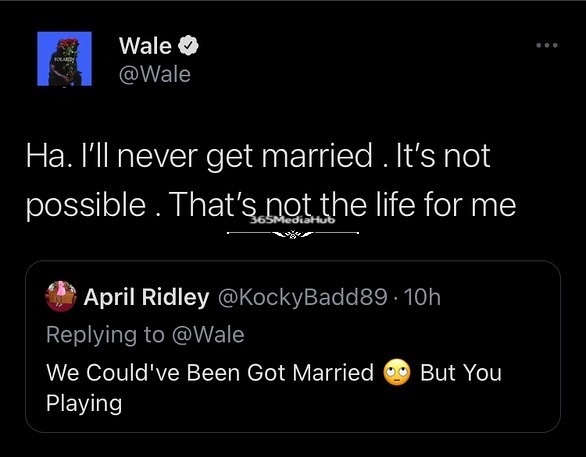