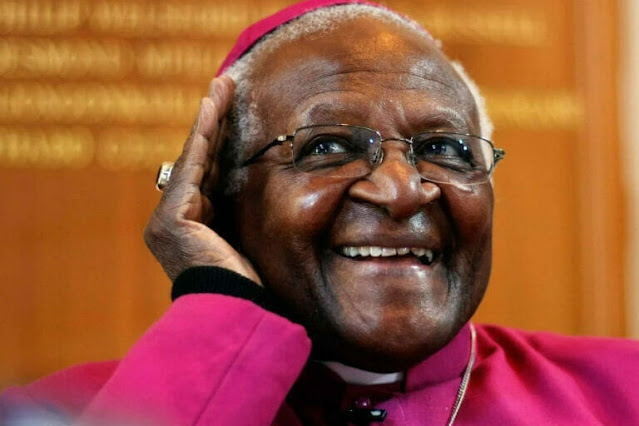 In separate messages on Sunday, US President Joe Biden, his wife Jill, and former US President Barack Obama and Michelle Obama paid respect to Archbishop Desmond Tutu, an anti-apartheid stalwart.

The Bidens said Tutu’s legacy would “echo throughout the ages.”

“On this morning after Christmas, we are heartbroken to learn of the passing of a true servant of God and of the people, Archbishop Desmond Tutu of South Africa,” the Bidens said in a statement on Sunday.

The Bidens said they were fortunate enough to spend some time with him over the past years, including their visit to him during the 2010 World Cup in South Africa.

“We felt his warmth and joy when we visited him during the 2010 World Cup that celebrated the diversity and beauty of his beloved nation.

“And just a few months ago, we joined the world in celebrating his 90th birthday and reflecting on the power of his message of justice, equality, truth, and reconciliation as we confront racism and extremism in our time today.”

The Bidens also added Tutu used his own personal background “to create a better, freer, and more equal world.”

“Born to a school teacher and a laundress and into poverty and entrenched racial segregation, Desmond Tutu followed his spiritual calling to create a better, freer, and more equal world.

“His legacy transcends borders and will echo throughout the ages.’’

“On behalf of the Biden family, we send our deepest condolences to his wife Leah and their children, grandchildren and great-grandchildren,” they added.

“And on behalf of the people of the US, we send our deepest condolences to the people of South Africa who are mourning the loss of one of their most important founding fathers.”

A contemporary of Nelson Mandela, Tutu was one of the driving forces behind the anti-apartheid movement in South Africa.

Obama said: “Archbishop Tutu was grounded in the struggle for liberation and justice in his own country, but also concerned with injustice everywhere.

“He never lost his impish sense of humour and willingness to find humanity in his adversaries, and Michelle and I will miss him dearly.’’

Tutu, a Nobel Peace Prize award recipient in 1984 and one of the main voices of the anti-apartheid movement, died on Sunday at the age of 90.

Economists To CBN: Review Forex Ban On 40 Items To Save Naira