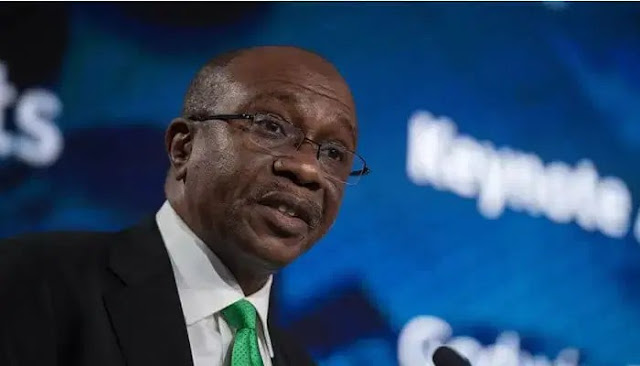 The Centre for the Promotion of Private Enterprise, an economic think tank has called on the Central Bank of Nigeria to review its ban on some of the over 40 items which the regulator has stopped importers from accessing foreign exchange to bring into the country.

According to economists at the centre, there was a need for the CBN to review its foreign exchange policy in 2022 with a view to improving dollar liquidity in order to rescue the ailing naira and help industries to grow.

This was disclosed by the group in its economic and business environment review for 2021 and agenda for 2022, a copy of which was obtained by our correspondent on Sunday.

According to the CPPE, there is a need for the CBN to engage stakeholders as its current forex policy regime is negatively affecting investors, manufacturers and other stakeholders.

The CPPE said, “In the bid to reduce the pressure on foreign reserves, the CBN had excluded over 40 items from access to foreign exchange in the official window.

“Some of the products on this list are intermediate products for some manufacturing firms which have negatively impacted some manufacturers. It would be advisable for the CBN to have a robust engagement with the stakeholders to review this list in the New Year.”

According to the organisation, the CBN should adopt a flexible exchange rate policy regime, and allow the pricing mechanisms to reflect the demand and supply fundamentals in the foreign exchange market.

It said, “Our proposition is that we should adopt a flexible exchange rate policy regime. We would like to clarify that this is not a devaluation proposition.

“Rather, it is a pricing mechanism that reflects the demand and supply fundamentals in the foreign exchange market.  It is a model that is sustainable, predictable and transparent. It is a policy regime that would reduce uncertainty and inspire the confidence of investors.

“It is a policy framework that would minimise discretion and arbitrage in the foreign exchange allocation mechanism. A flexible exchange rate regime is a policy choice adopted to cope with changing demand and supply conditions in the forex market.”

According to the centre, adopting a market rate would deepen the autonomous foreign exchange market by liberalising inflows from export proceeds, diaspora remittances, multinational companies, donor agencies, diplomatic missions, and others.

It added that a flexible exchange rate would enhance liquidity in the forex market, increase investors’ confidence, and ensure a more transparent model for forex allocation.

Also, the CPPE said the Cash Reserves Requirements imposed on Nigerian banks by the CBN is one of the highest globally, adding that it is a major impediment to financial intermediation by banks.

According to the experts, some of the banks have a CRR of 50 per cent and more against the official CRR of 27.5 per cent.

“Indeed, the ways and means finances of the apex bank pose greater liquidity risk to the economy than bank deposits. We therefore seek a reduction in CRR so that the banks can be better placed to play their primary role of financial intermediation in the economy.”

The CPPE also said challenges of infrastructure, rising insecurity, climate change, low productivity in agriculture, monetisation of fiscal deficit, and depreciation of the naira were fuelling inflation in the nation.

The organisation said, “Headline inflation has been on the increase on a month-on-month basis from January to date, albeit at a reducing rate.

“Meanwhile, food inflation has been consistently higher than headline inflation and core inflation for most part of the year. Inflationary pressure remains a major cause for worry both for businesses and the households as it remains elevated.”

According to the organisation, the implications of these include, increasing poverty, increasing risk of malnutrition, increasing social tension, and criminality.

It added that businesses had had to deal with weak purchasing power, low sales and low profit margin, low-capacity utilisation, high production and operating cost, and high risk of increased business mortality.

The CPPE said in order to tackle inflation, the nation needed to boost productivity to drive output growth, reduce the depreciation of the naira exchange rate, and improve the flow of foreign exchange.

The CPPE added that the nation needs to, “Minimise the monetisation of fiscal deficit. CBN financing of deficit should be strictly limited to statutory threshold spelt out in the CBN Act.

“Government should seek creative ways of addressing insecurity in order to pave the way for farmers to return to their farms. Address cost of logistics. Address the ease of cargo clearing at the port. Address climate change concerns. Review our trade policy to bring down the cost of some intermediate products for manufacturers.”

The exchange rate between the naira and the US dollar closed at N415.07/$1 at the Investors and Exporters window, where forex is traded officially. Naira appreciated marginally on Wednesday against the US dollar to close at N415.07/$1. This represents a 0.01% gain when compared to the N415.10 that was recorded on Tuesday, 26th October 2021. […]