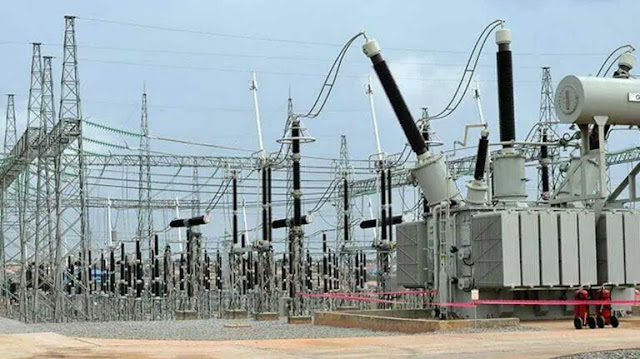 This is contained in a statement signed by the General Manager, Public Affairs of the company, Mrs Ndidi Mbah on Friday night in Lagos.

The statement said the energised second 330KV Akangba-Ikeja West Line had before the collapse of the five towers served as a redundant line on that axis.

Dr Sule Abdulaziz, Managing Director, TCN, while inspecting the site of the incident said the second 330kV line which tripped during the incident was patrolled by TCN engineers and certified okay before it was energised.

According to him, the line was energised about 2.38p.m on Friday and now wheels 121MW to the Akangba Transmission Substation.

He said this meant that areas under Ikeja Electric Plc whose supply were affected by the pipeline fire incident will now have normal supply of electricity.

Abdulaziz said in view of the importance of transmission line redundancy, TCN had already directed two contractors to mobilise to site to commence the reconstruction of the towers and 330kV line.

He reiterated the need for everyone to be part of the fight against vandalism of the nation’s assets.

The News Agency of Nigeria (NAN) reports that five 330KV Towers supplying power to Akangba-Ikeja West had on Friday collapsed in Iyana-Odo/Baruwa axis of Lagos State.

“The electricity cable collapse led to sparks and the sparks got to spilled petrol around the area which led to the pipeline gutting fire and a subsequent explosion.

“The pipeline corridor have been known to have spillage often due to activities of vandals,’’ Farinloye stated.

The incident had resulted in blackouts in some parts of Lagos State.

The DisCo said others were Yaba, Ijesha, LUTH, Tejuosho and environs.

“We are working with our Transmission Company of Nigeria partners on a swift resolution and will keep you updated on the situation.

“Thank you for your understanding,” EKEDC said in a statement posted on its social media page.

“We are currently working with our TCN colleagues to ensure quick resolution and will keep you updated on the situation.

“Thank you for your understanding,” the DisCo had said in a statement issued on Friday.

Lagos State Commissioner for Health, Prof Akin Abayomi, has given reasons the state fixed N6,000 fee for individuals who would prefer to receive the COVID vaccine at private facilities. The clarification comes after the Governor of Lagos State, Babajide Sanwo-Olu, announced the fee while flagging off the state’s mass vaccination exercise on October 27. In […]

The search for the Hennessy VS Class 2022 winner has begun! The Hennessy Nigeria team and Judges will take to the streets to discover Nigeria’s next rap sensation. For over a decade, Hennessy has significantly influenced the Nigerian music industry and urban culture, paving the way for some of the biggest names in the Nigerian […]