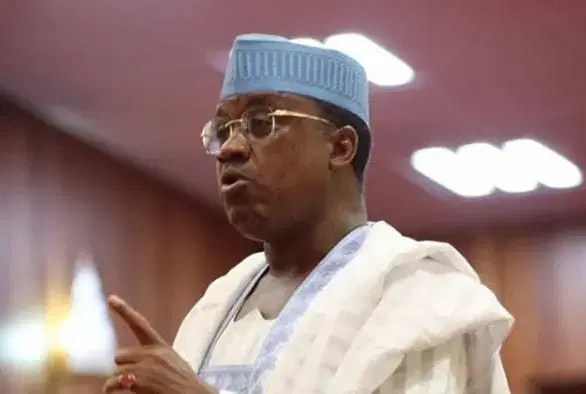 A former senator representing Zamfara central, Kabir Marafa has stated those “politicising” the country’s challenges should be investigated.

This was contained in a statement released on Friday by Marafa in his media office.

Marafa said those perpetrat ing violence must be treated as criminals whether they are politicians or not.

“It is high time the security agencies begin to investigate the politicisation of the security challenges bedevilling the country in general,” the statement reads.

“We, thereby, urge those who have been infected by the 2023 virus to stop spreading falsehood and allow the security agencies to do their job.

“They cannot double as politicians and mouthpieces of some anonymous security personnel who do not want their names in print media. Criminals should be treated as criminals regardless of whose jersey or uniform they wear.”

The former lawmaker said his reported link to one Abdulmuminu Moossa, a citizen of Chad Republic who has been arrested by the security agencies, is false.

“Preliminary investigation has revealed that the report was concocted and planted by the foot soldiers of some disgruntled APC leaders who are envious of the growing popularity of the senator,” the statement reads.

“Their machinations cannot stop what Almighty Allah has ordained.

“It is on record that Senator Marafa was the first to raise the issue of banditry, at its infancy, on the floor of the Nigerian senate, drawing the attention of the federal government and the global community to the activities of the criminals.”