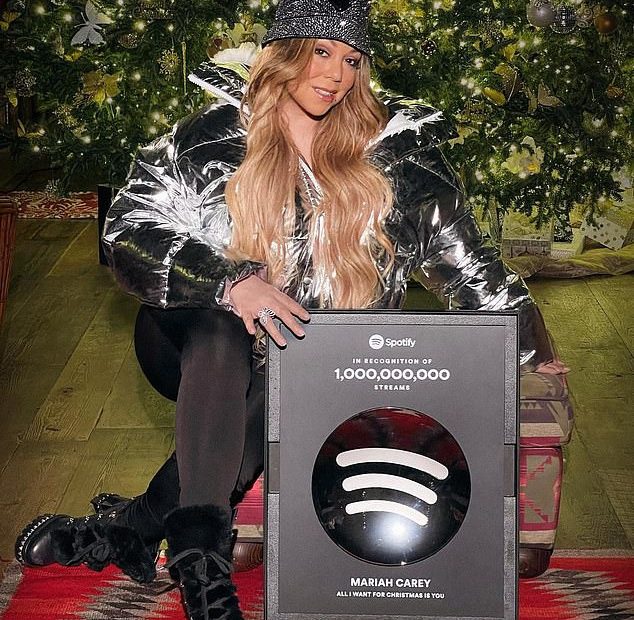 Musical artist Mariah Carey struck another extra-festive milestone on Wednesday December 22, as she celebrated “All I Want for Christmas is You” reaching a whopping 1 billion streams on Spotify.

Furthermore, The modern Christmas classic made a historic return to the top of the Billboard Hot 100 for a third consecutive year.

Mariah released the song in 1994, where it was number one for that year, and didn’t return to the top of the chart for more than 20 years until 2019.

Moreover, TMZ reported that the singer still pulls in big bucks on licensing and commercial deals for the classic.

Sources told the publication that while she’s only making a fraction of a cent every time someone streams “All I Want For Christmas Is You,”

Furthermore the fractions add up to seven figures and counting, considering the popular Xmas track has over 1 billion streams just on Spotify.

Also, a source who manages artists said singers typically make between .003 to .004 cents per single stream

Mariah celebrated the news with her boyfriend, Bryan Tanaka and family in Aspen.

She shares Monroe Cannon with her ex-husband Nick Cannon, 41.

Her daughter wrote her a hand written card, congratulating her mom on this amazing achievement.

She enjoyed her success with mimosas with Bryan and the rest of her family. 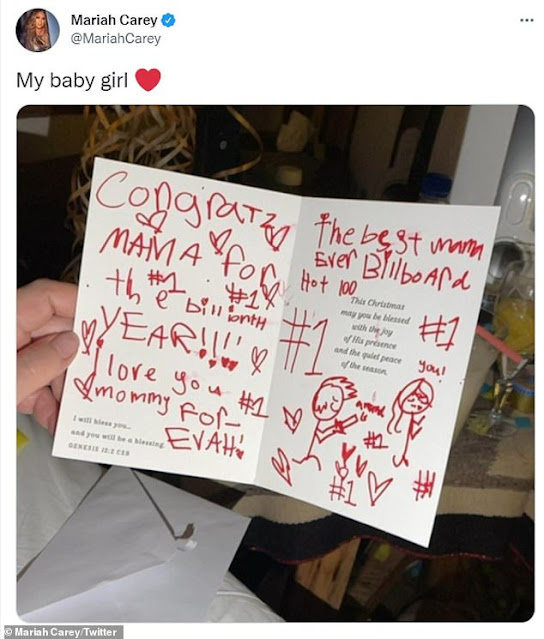