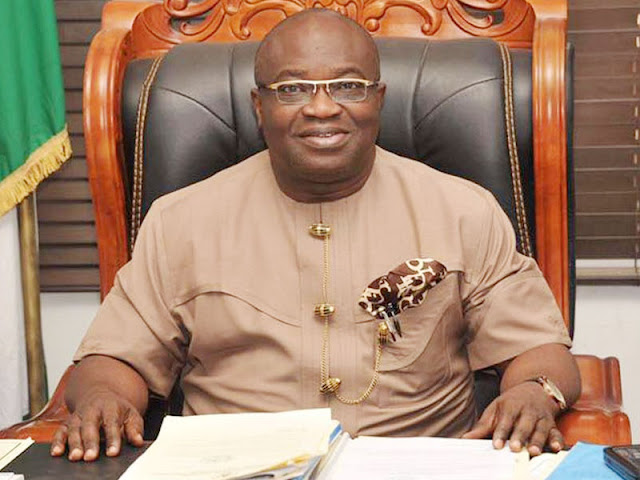 Governor of Abia State, Okezie Ikpeazu, has assured the people of the state that his administration has taken critical steps to ensure that they were able to take part in this year’s Christmas celebrations through the release of about N3.5 billion.

Ikpeazu stated that in his Christmas message to Christians in the state, disclosing that the release was “to deal with the issue of salaries of some ailing parastatals and pensioners”, maintaining that the mainstream civil servants have continued to be up to date in receiving their salaries.

According to Onyebuchi Ememanka, the Chief Press Secretary to the Governor, Ikpeazu assured the state work force of the determination of his administration “to continue to mainstream the issue of welfare of workers in the State”.

The Governor further assured that contractors have been mobilised to resume work on major road projects, especially in Aba, and other critical infrastructure in the first quarter of 2022.

He also promised massive turn around in roads, speedy restoration of Ariaria and Ngwa Road Markets and setting aside of N150 million as a form of assistance “to those traders whose businesses have been affected by the reconstruction of the markets”.

He urged Abians to celebrate the season with a full understanding of its significance in the life of the average Christian stating that the birth of Christ, is important as the beginning of the redemption of mankind, adding, “Christmas period will be defined by peace and security as government has put in place measures to deal with any form of criminality across the State”.

The Governor added, “All relevant security agencies are on red alert to nip in the bud any person who plans to disrupt the peace, security and stability in the State at this yuletide period and even beyond.”

He also tasked Abians to take security of lives and property around them seriously.

Not fewer than seven persons on Christmas day died after a luxury bus conveying 63 passengers lost control in Ogun State. Reports has it that the accident occurred on the Ososa bridge, along Benin-Ore highway at about 12:20 am on Saturday. The red-coloured Mercedes Benz bus without a registration number reportedly belongs to Izu Chukwu […]