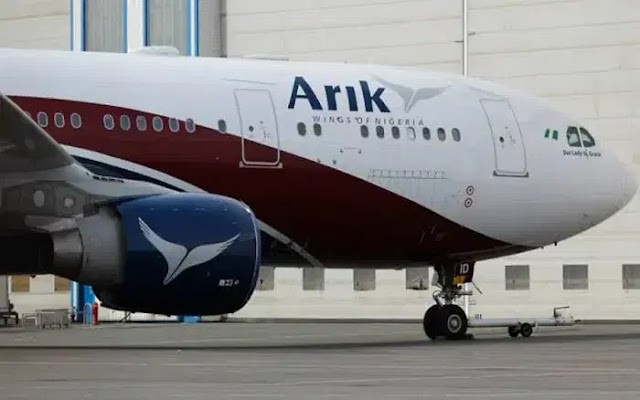 Arik Air has recalled several of its pilots that were dismissed last Tuesday after intervention by stakeholders in the aviation industry including the National Association of Airline Pilots and Engineers (NAAPE).

Some of the airline’s pilots had last Tuesday, downed tools after alleging that on several occasions, they had requested to meet with the company’s Receiver Manager, Mr. Kamilu Omokide, to discuss their welfare and salary increase but that their efforts didn’t yield any results.

The pilots were immediately dismissed for their actions and the management of the airline through its communications manager, Adebanji Ola, revealed that they were dismissed for embarking on what the airline described as an illegal strike over demand for improved welfare.

The airline said the pilots downed tools without recourse to laid down procedures and did not serve a strike notice in accordance with labour laws. He said they neither submitted any issue of dispute to NAAPE, their umbrella union nor did they submit any statement of demands to the management of the company before downing tools.

The airline said there were also no ongoing discussions between the management and the pilots on any unresolved labour issues, describing their action as spontaneous and callous.

Recall that the management had earlier told the labour unions that issues concerning pilots welfare will be addressed next year, but some of the pilots wanted a definite timeline on when any increase will be implemented.

However, the chairman of NAAPE, Arik Air chapter, Mudi Muhammad, confirmed on Friday that the issue has been resolved and the sacked pilots have resumed work.

“When the dismissal happened, we immediately commenced negotiations with the management with the help of critical stakeholders like the current MD of Aero Contractors, Capt. Abdullahi Mahmood who is a former staff of Arik.

We are a family in Arik and that was how we approached the matter, like one family. “Our association was able to meet with the management and after fruitful negotiations, they agreed to recall the dismissed pilots and as I speak with you, they are in the sky. We are grateful for the stakeholders that made efforts to see that the issue was resolved,” he said.

The national president of NAAPE, Galadima Abednego also confirmed that the pilots have been recalled and have resumed work.