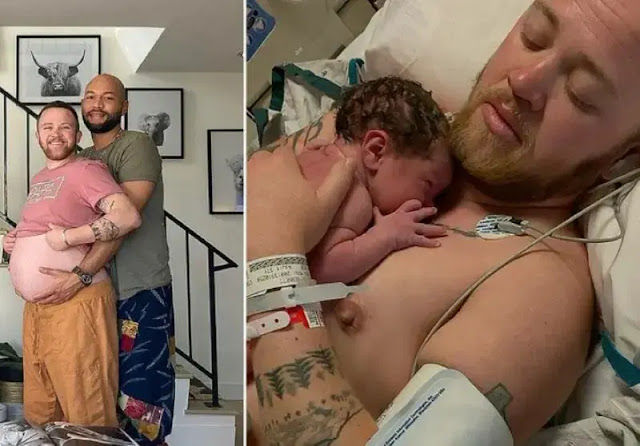 A transgender man, Bennett Kaspar-Williams has complained that nurses insisted on calling him “mom” during his pregnancy despite being a man.

The 37-years-old man from Los Angeles, was born biologically female but first realised he was trans around ten years ago, in 2011, but didn’t begin his transition until three years later.

When they decided to have kids, Bennett stopped the testosterone hormone therapy he’d been on for several years to enable his ovaries to function.

Bennett, who has had gender reassigning surgery on the top half of his body but not on his genitalia, eventually decided that he would be comfortable trying to conceive and carrying a child. 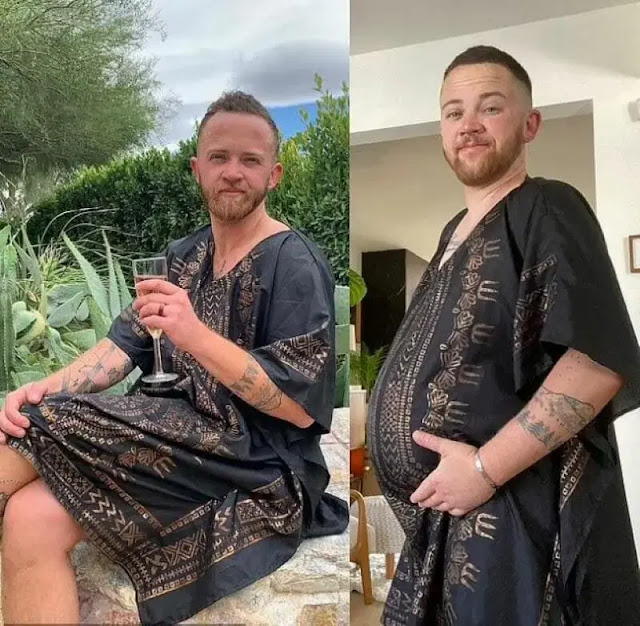 He fell pregnant naturally soon after they started trying. He found out he was pregnant in March 2020 and the couple welcomed their son Hudson, via Cesarean section, in October 2020.

But in the process of having little Hudson, Bennett Kaspar-Williams was troubled by the constant misgendering of him by hospital staff who insisted on calling him a “mom”.

Bennett said: “I always knew it was a possibility that my body might achieve pregnancy, but it wasn’t something I ever wanted to do until I learned how to separate the function of my body from any notions of gender.

“Once I learned to think of my body as a tool and not a collection of gendered stereotypes, I realized that I could both be the person I wanted to and bring a child into the world.

“No one can ever really know whether having children is possible until you try – being born with a uterus doesn’t make conceiving or carrying a certainty.

“That’s why it’s so important that we stop defining ‘womanhood’ in terms of ‘motherhood’, because it’s a false equivalency that all women can become mothers, that all mothers carry their children, or that all people who carry children are mothers.

“None of those things are universally true.”

But while in the hospital, Bennett says he was constantly misgendered, despite having a beard and a flat chest.

“The only thing that made me dysphoric about my pregnancy was the misgendering that happened to me when I was getting medical care for my pregnancy,” he said. 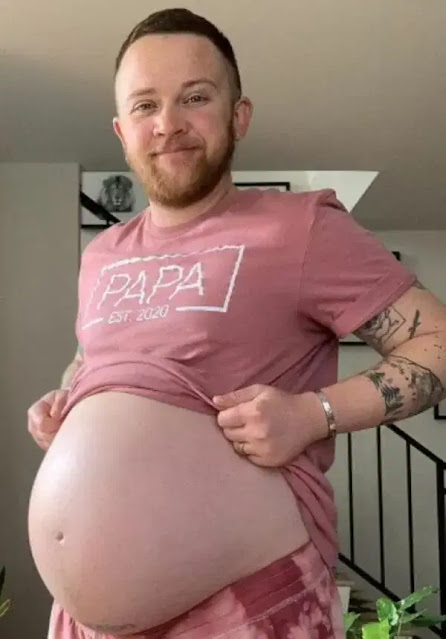 “The business of pregnancy – and yes, I say business, because the entire institution of pregnancy care in America is centred around selling this concept of ‘motherhood’ – is so intertwined with gender that it was hard to escape being misgendered.

“Even with a full beard, a flat chest, and a ‘male’ gender marker on all my identification, people could not help but default to calling me ‘mom’, ‘mother’, or ‘ma’am’.

“That was what made me dysphoric.

“Nothing about being pregnant felt ‘feminine’ to me – in fact, I think carrying a child, isolated due to the pandemic, and facing all the hospitals and appointments alone was the absolute toughest, bravest thing I’ve ever done.

“Nothing feels stronger than being able to say I’m a dad who created my own child.”

Omicron: Half Of People With Sore Throats, Runny Nose And Headache Are Likely To Have Covid, Researchers Warn