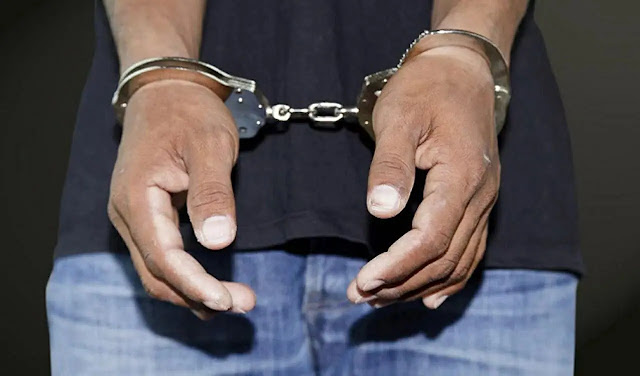 A 30-year-old man, Yinka Balogun has been apprehended by Kwara State Command of the Nigeria Security and Civil Defence Corps, for swindling a man to a tune of N535,000.

According to reports, Yinka defrauded his friend, Ibrahim Saliu, on the false pretence that he would help him to collect international passport and visa to travel to Saudi Arabia.

According to the civil defence spokesman in the state, Babawale Zaid Afolabi, the suspect issued a fake international passport to his friend who later suspected all was not right and reported the matter to the Anti-Crime and Theft- Unit of the NSCDC in Ilorin, the State capital.

“The victim, Ibrahim Saliu came to our state command to lodge a complaint that one Yinka Balogun collected the sum of N535,000 from him on the false pretence that he would help him to process passport and visa to the Kingdom of Saudi Arabia where the victim wanted to go and perform Hajj,” Babawale narrated.

He explained further that the suspect who lives at Apado area of Ilorin East local government of the state, was later arrested by the operatives of the NSCDC.

He confessed to have committed the crime, blaming it on his precarious financial situation.

The Commandant of the NSCDC, Kwara State Command, Makinde Iskil Ayinla, has been briefed and the matter has been returned to the ACTU Unit of the NSCDC for full investigations, after which the suspect may be charged to court.

BBNaija’s Ka3na Strips Down To Lingerie For Christmas

Omicron: Half Of People With Sore Throats, Runny Nose And Headache Are Likely To Have Covid, Researchers Warn