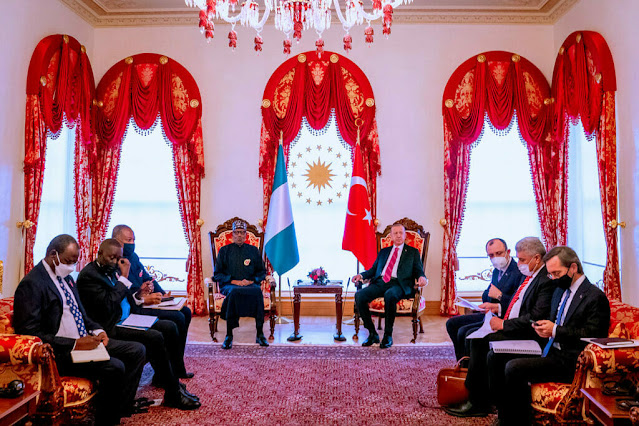 Presidential spokesperson, Garba Shehu has stated that Nigeria’s partnership with Turkey will  support the country in the deployment of technology to fight insecurity.

This was stated on Monday by Garba Shehu when he featured as a guest on ‘Good Morning Nigeria’, a programme on the Nigerian Television Authority (NTA).

President Muhammadu Buhari, at the third edition of the Turkey-Africa Partnership Summit in Istanbul over the weekend said Nigeria can benefit from collaborations with Turkey on addressing insecurity.

Speaking on the possibilities expected from the Nigeria-Turkey partnership, Shehu said many countries around the world now use technology to combat crime, adding that Nigeria is working with Turkey on the provision of military support by 2022.

Turkey has gained a lot of respect globally in the last 10 years. As a military power, as a producer of military equipment, and as an influencer globally, Turkey’s role in Iraq and Syria was decisive in the defeat of ISIS. If Lybia induces a rate of stability today, it is the account of Turkey braving it and challenging the big powers there,” he said.

“In Azerbaijan, you saw what happened. We are not in any way thinking that Turkey’s military would be in the country. We are a very proud country and actually, this has not happened before and it is not likely to happen. But it is the technology that everyone is using to fight crime.

“The president of Turkey said ‘we will come along with you; we will support you’. So, going forward, we hope that as we are going into the new year in January, we will expect some establishment people from their defence so that we can now concretely sign onto what to do.

“We expect that they will give us military support and equipment that we may not have to pay for; some we will pay for. But we went to get Turkey to seek support, especially their technology in dealing with the situation of insecurity.

“The deployment of drones is the game-changer in other regions and Libya. It is the deployment of even phone technologies and ICT skills that most countries in the world are using to combat crimes. We are not doing much of that in this country, so we expect that we will make advances in that regard.”