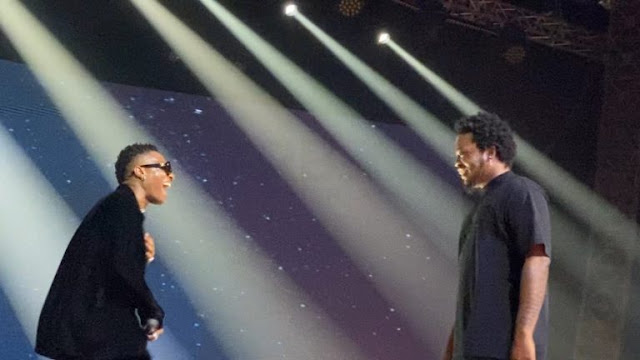 Wizkid, Tiwa Savage, Tems, Buju, Ckay, Ladipoe, Blaqbonez, and others are among the musicians that have headlined the event so far and delivered electrifying performances that fans will remember for a long time.

Wizkid’s brief statement on his song “Essence,” which features Tems, will live on in the minds of the crowd. He referred to a small boy from Ojuelegba who rose from the streets to the top of the charts and sold a million copies in the United States. Then he asked Olamide to perform their 2011 smash track “Omotoshan.”

See the highlight below:

Then it came to the most energetic performance of the night with the latest star of indigenous sound, Portable, who performed his hit banger “Zazuu“.

Missed out on the fun from Tiwa Savage’s LivespotX concert? Let’s catch you up on what went down below:

Nigerian superstar rappers; “Phyno” and “Olamide” collaborates for new emotional piece titled, “Do You Wrong“, off Ezege’s forthcoming album; “Something To Live For“. Production credit goes to; “Runcheckk“, for, Penthauze Records. Download or stream music below, enjoy and also share! Please follow and like us:

Here is a beautiful piece of music titled “Coming Home” coming from MzVee featuring Tiwa Savage out now. Beautiful Ghanaian singer MzVee teams up with her Nigerian colleague Tiwa Savage for her latest song “Coming Home“. She expresses that she has found love and that she is on her way to her new home with her man. […]