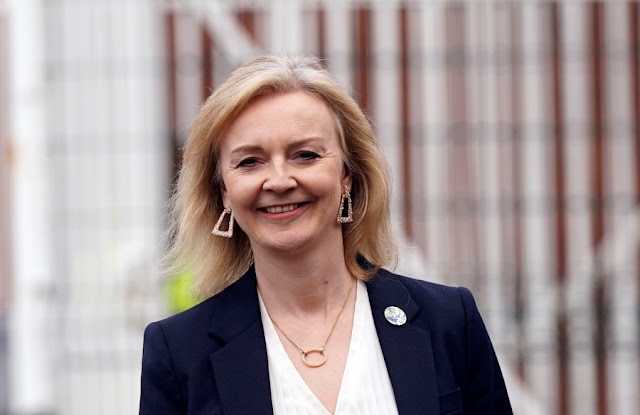 British Prime Minister Boris Johnson on Sunday announced the appointment of Britain’s foreign secretary to become the country’s lead negotiator with the European Union; after long-time ally David Frost resigned after a week political upheaval in the Conservative Party.

Liz Truss will have ministerial responsibility with the EU and will lead negotiations to resolve problems arising from provisions of the Brexit agreement covering trade with Northern Ireland, the prime minister’s office said in a statement.

In his resignation letter, Frost expressed concern about the government’s “current direction of travel.’’

“I hope we will move as fast as possible to where we need to get to: a lightly regulated, low tax, entrepreneurial economy; at the cutting edge of modern science and economic change,’’ he wrote.

The Mail on Sunday, which broke the story of his resignation; said Frost’s decision was triggered by last week’s introduction of new pandemic restrictions, including a requirement that; people show proof of vaccination or a negative coronavirus test to enter nightclubs and other crowded venues.

In his resignation letter to Johnson, Frost said the U.K. needed to “learn to live with Covid-19. … You took a brave decision in July; against considerable opposition, to open up the country again.

Sadly it did not prove to be irreversible, as I wished, and believe you did too.

I hope we can get back on track soon and not be tempted by the kind of coercive measures we have seen elsewhere.”

Boris And Carrie Johnson Announce They Are Expecting Second Child

UK Prime Minister Boris Johnson and wife Carrie Johnson are expecting a second child Carrie shared the wonderful news on Instagram today, July 31, as she revealed that she suffered a miscarriage months ago. Carrie wrote on Instagram: “At the beginning of the year, I had a miscarriage which left me heartbroken. “I feel incredibly blessed to […]