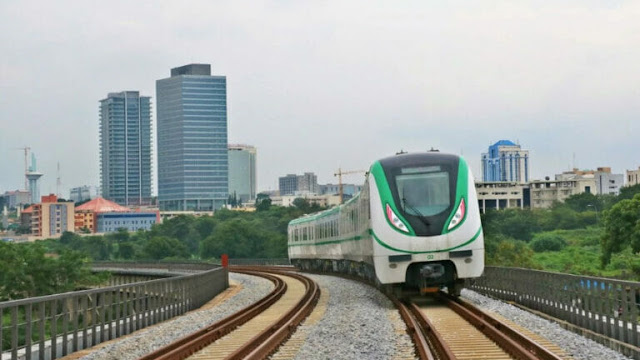 Minister of transportation, Rotimi Amaechi has stated that the Abuja-Kaduna train service generates at least N300 million every month.

Amaechi while speaking on Saturday as a guest on Channels Television’s ‘Hard Copy’ said his ministry is beginning to contribute to the nation’s economic growth.

According to the minister, the federal government is also making plans to add 16 more trains to the Lagos-Ibadan rail line, adding that this will increase revenue generation from that axis.

“We make N300 million per month from the Abuja-Kaduna train,” he said.

“Currently, we are running Lagos-Ibadan from the money we are making from Abuja-Kaduna rail service.”

The minister also said the country is capable of meeting its loan requirements in relation to funds used in developing the rail service.

Speaking on the debt accrued in the course of developing the rail transport system, the minister expressed confidence that Nigeria has the capacity to pay back and that the nation has commenced repayment.

“Nigeria has the capacity to pay its loan. Out of $500 million President Goodluck Jonathan borrowed for Abuja-Kaduna rail project, at the end of the day, we have paid back over N100 million to the federal government,” he said.

He also said more developments are coming to the rail sector which will further boost the revenue generated by the ministry, and support the federal government in settling its debts.