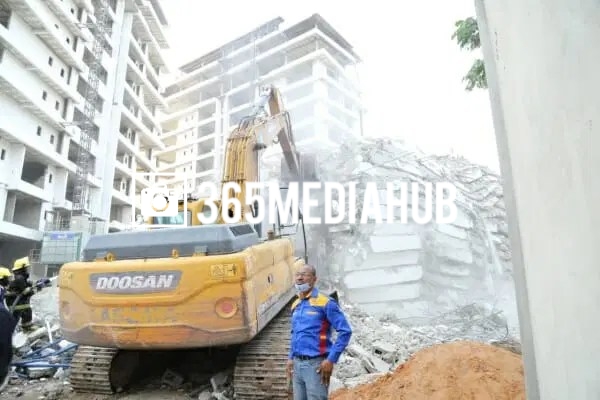 Muritala Olawale, managing director of Prowess Engineering Nigeria Ltd, the firm which withdrew its services from the 21-storey building that collapsed in Ikoyi has revealed that builders who worked on the project were not certified.

Recall that the Ikoyi high-rise on November 1 which was being developed by Fourscore Homes caved in, leaving 46 people dead while 15 others were rescued.

The owner of Fourscore Homes, Femi Osibona was among those who died in the collapsed building.

Prowess Engineering Nigeria Ltd had in a letter cited concerns over the “integrity” of the structure, and withdrawn its services from the project months before the collapse.

Olawale while speaking on Wednesday at the coroner’s inquest which held in Ikeja said builders involved in the project were not certified by the Council of Registered Builders of Nigeria (CORBON).

He also revealed that he was not registered with the Council for Regulation of Engineering in Nigeria (COREN).

“I am not COREN certified. I do not have a B.Sc. Engineering but a Higher National Diploma from The Polytechnic Ibadan,” NAN quoted him as saying.

He further disclosed that his team initially worked with Fourscore on the construction of the first floor of the collapsed building.

He added that his firm had expressed concern over approvals for the project.

“The contractor was Fourscore. I supervised the staff of Fourscore. I did not see the approved architectural drawings, mechanical drawings and electronic drawings for the project,” he said.

“I am not sure of the other buildings. We were not part of the approval process. He (Osibona) is our client. We just did what they told us.

“We never got milestone approvals for each of the floors. We were bothered. We kept asking and he said that if the government agencies had any problem, they can come and lock up the place.

“We did not build blocks A and C; we supervised it. Fourscore was the builder. The client (Fourscore Heights Ltd) doubled as the contractor/builder.”