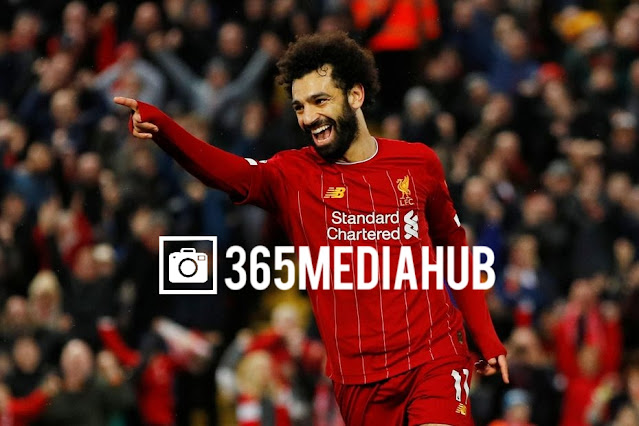 The Liverpool star made it clear that he was happy to be linked to the Spanish giant but would, however, remain at Liverpool.

The 29-year-old Egyptian football maestro, whose current contract at Liverpool ends in June 2023, made it known that he is “happy” to be linked with the Catalan club. However, his preference is to remain at Anfield.

Salah, who has been linked to Barcelona on several occasions, has Liverpool on his tail, and the club is attempting to tie him down with a new contract, despite reports that the club is unwilling to break their wage structure.

In an interview with Egyptian broadcaster MBC Masr TV, the pacy forward who assisted the last minute goal in Liverpool’s win over Wolverhampton Wanderers on Saturday, responded to the speculation linking him to Barcelona. He said:

“I read what was said about Xavi’s interest to sign me, This is something that makes me happy that a team like Barcelona is interested in me, but I’m happy in Liverpool and we will see what happens in the future.

At the moment, I prefer to stay in the Premier League as it’s the strongest league in the world”.

Messi Ordered To Demolish His Luxury Hotel In Barcelona

Chelsea owner, Roman Abramovich, has decided to sign departing Barcelona captain, Lionel Messi, this summer. Diario AS reports that Abramovich on Friday requested an urgent meeting with Messi’s team as he wants to sign the Argentine captain before the end of the summer transfer window. The report claimed that Abramovich took the decision after seeing […]