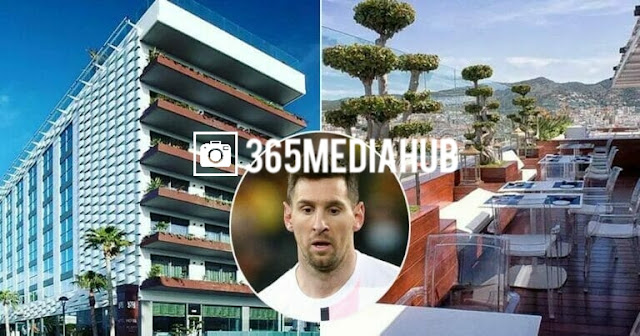 Lionel Messi, renowned PSG star, has been ordered by a court to destroy his four-star hotel in Barcelona.

According to El Confidencial, Messi’s 77-bedroom mansion does not fulfill local code.

The ‘MiM Sitges’ is located where the 34-year-old used to live when playing for the LaLiga side.

Messi also owns hotels in Ibiza and Majorca through the Majestic Hotel Group, and he spent £26 million on his Barcelona home in 2017.

However, it is believed that Messi purchased the hotel unaware that the Sitges Town Hall had already ordered that it be razed due to noncompliance with construction rules.

The hotel’s balconies are thought to be overly enormous, yet if they are reduced in size or demolished, the structure may collapse.

Apart from that, the fire emergency plan also reportedly failed to meet the authorities’ standards.

Messi became aware of the demolition order when the Spanish newspaper approached him for reaction, which he and his representatives passed on.

The hotel has been praised for its approach to sustainability, with 80% of the material used for the building’s construction either reused or recyclable.

On top of that, it has large tanks that collect waste water from every shower, which is then filtered to be used in the toilets and for watering plants.

As speculations surrounding Colombian pop star, Shakira, and Barcelona defender Gerard Pique’s separation continue, the singer’s former brother-in-law, Roberto Garcia has revealed that he knows the truth. Garcia, the ex-boyfriend of one of Shakira’s sisters, has insisted that the problems between Shakira and Pique began due to money. He claimed that Pique had asked Shakira for a loan so he could invest it in other businesses, […]