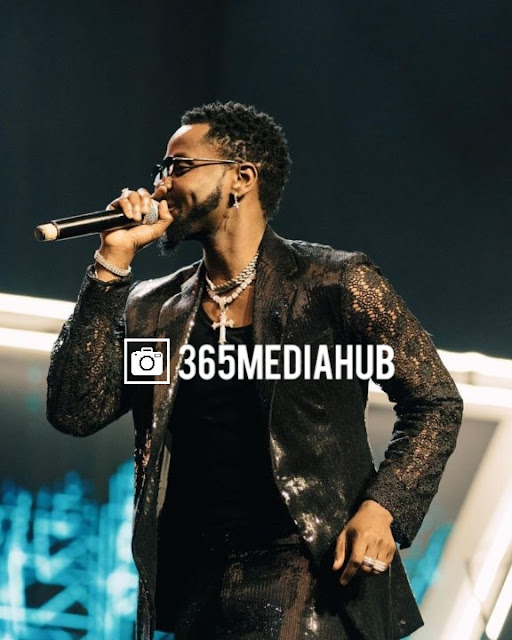 In a new video shared by Kizz Daniel on Instagram, he narrates how heavy rain in Freetown, Sierra Leone almost disrupted his concert but his fans still turned up in their numbers.

Kizz Daniel shared a video recently of his concert in Freetown, Sierra Leone last night where 20k people braved heavy rains to watch the singer perform. He shared the video via his Instagram page on Sunday, the 5th of December 2021.

Kizz Daniel recently released a new project for his fans titled Barnabas. It is a 7-track extended play and it features The Cavemen, alongside German rapper, Kelvyn Colt. The new project Barnabas will serve as Kizz Daniel’s fourth output for the year 2021.

It comes after the release of his previous single Lie which is present on the EP, alongside 6 other melodious records.

Kizz Daniel was in Freetown last night where he performed to a crowd of 20k despite the heavy downpour at the concert venue. He wrote via his Instagram page;

What a night in FREETOWN        Even with the heavy rainfall we still had over 20k loyal fans waiting to be entertained …. this love I do not take for granted   Love you Sierrra Leone   UPNEXT-USA  

Watch the video below:

Nigerians Arrested After Police Clash With Youths In Ghana Market

The singer has signed an exclusive management deal with Upfront and Personal Global Management. Nigerian ace singer, songwriter, and performer, Oluwatobiloba Daniel Anidugbe, popularly known as Kizz Daniel, has kicked off the year with a new management deal. The talented act who runs his own record label called Fly Boi Inc. after leaving his former […]

Oluwatobiloba Daniel Anidugbe, best known by his stage name Kizz Daniel, is featured on the cover of TheWill Downtown Magazine’s current edition, where he speaks about becoming a parent, including his social media outrage last year, how he creates hits after hits, and his connection with Nigeria’s music industry. The editor Onah Nwachukwu had this to say; “Becoming […]