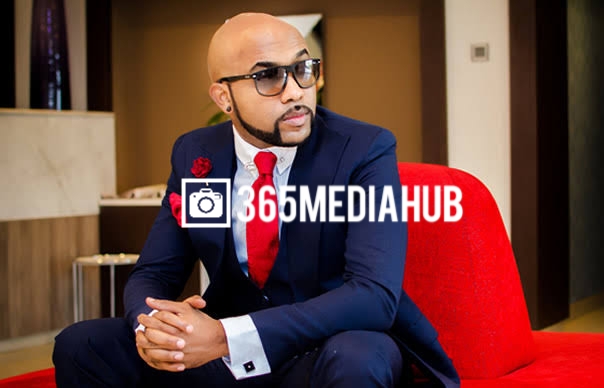 In a recent video interview with Inspiration FM, Banky W spoke about Wizkid’s recent success and also revealed how the title for his debut album, Superstar came about.

In the new video interview, Banky W answered questions directed at him by the Inspiration FM host, one of which was his thoughts on Wizkid‘s recent success. The video was shared via Youtube on Saturday, the 4th of December 2021.

Nigerian singer and politician, Banky W was the one who first signed Wizkid under his EME Records label and released his debut album which became an instant hit and signaled the start of something great.

Now, Wizkid is selling out venues across the world and his former boss is very happy for him, as he said that he always knew Wizkid was going to be great.

In the video of his interview at Inspiration FM, Banky W spoke about how they were brainstorming for a title to Wizkid’s debut album and how he came up with it. He also spoke about the early days with Masterkraft and Tim Godfrey.

WATCH THE VIDEO BELOW:

Nigerian Man Arrested In India With Drugs Worth Over N1billion

Nigerian music star Wizkid has responded to Banky W’s recent comments about his absence from his wedding. Banky W and his wife Adesua Etomi were guests at Ebuka’s BlackBox interview series. In his usual manner, the music star left a short message on his Twitter page as a response to Banky W’s interview. “LOL,” he tweeted. […]

Empire Mates Entertainment’s boss, Banky W has released the official video to his smash hit which dropped months ago and got the enough hits needed, the official music video to “High Notes” was released to enjoy after you have got enough and enjoyed the music. Stream or download video below, enjoy and don’t forget to […]