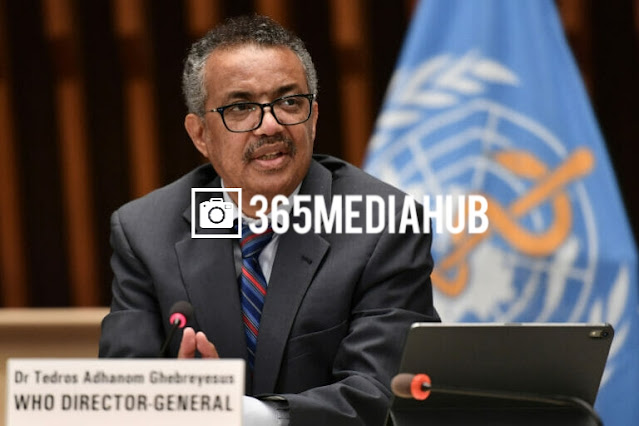 The World Health Organisation (WHO) has disclosed that placing travel bans that target Africa owing to the Omicron COVID-19 variant will affect global solidarity.

South Africa announce the discovery of the new variant on Thursday, and it was subsequently designated a variant of concern by the WHO.

The WHO via a statement released on Sunday said travel restrictions will place a heavy burden on lives and livelihoods and called for the borders to remain open.

“If restrictions are implemented, they should not be unnecessarily invasive or intrusive, and should be scientifically based, according to the International Health Regulations which is a legally binding instrument of international law recognized by over 190 nations,” the statement reads.

According to the statement, Matshidiso Moeti, WHO regional director for Africa, commended the speed and transparency of the South African and Botswana governments in informing the world of the new variant.

“WHO stands with African countries which had the courage to boldly share life-saving public health information, helping protect the world against the spread of COVID-19,” Moeti was quoted as saying.

“On the eve of a special session on pandemic preparedness I urge all countries to respect their legal obligations and implement scientifically based public health actions. It is critical that countries which are open with their data are supported as this is the only way to ensure we receive important data in a timely manner.

“With the Omicron variant now detected in several regions of the world, putting in place travel bans that target Africa attacks global solidarity. COVID-19 constantly exploits our divisions. We will only get the better of the virus if we work together for solutions.”

WHO said while investigations continue into the Omicron variant, it recommends countries to take a risk-based and scientific approach and put in place measures which can limit its possible spread.

“Flight bans have been imposed on southern African countries, but so far only two have detected the new variant. Meanwhile countries in other regions have reported cases of Omicron,” the statement reads.

The organisation, in a separate statement, said it is not yet clear whether Omicron is more transmissible compared to other variants, including Delta.

“The number of people testing positive has risen in areas of South Africa affected by this variant, but epidemiologic studies are underway to understand if it is because of Omicron or other factors,” it said.

South African President Cyril Ramaphosa is receiving treatment for mild COVID-19 symptoms after testing positive for the disease Sunday, his office said. Ramaphosa started feeling unwell and a test confirmed COVID-19; a statement from the presidency announced. He is self-isolating in Cape Town and is being monitored by the South African Military Health Service the statement said. He has delegated all responsibilities […]

The Netherlands went into lockdown on Sunday and the possibility of more Covid-19 restrictions over the Christmas and New Year period loomed over several European countries as the Omicron coronavirus variant spreads quickly.   In the United States, White House medical adviser Anthony Fauci; urged people travelling over the holidays to get booster shots and always wear masks in […]