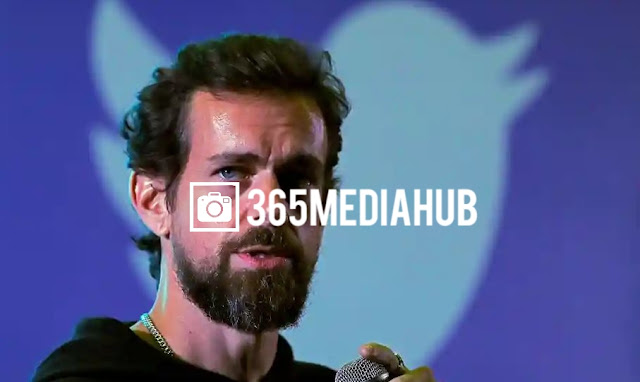 In an email to company employees he posted to Twitter on Monday, Dorsey denied that he was being pushed out of the company’s leadership and claimed to be resigning so that the company can move on from its founders.

Jack Dorsey, the CEO of microblogging site, Twitter, has stepped down as head of the platform he co-founded a decade and a half ago. Twitter made the announcement on Monday, Nov. 29.

Board member and former Chief Technology Officer Parag Agrawal, 45, who joined Twitter in 2011 and has been serving as the CTO since 2017, was appointed CEO, effective immediately, and Dorsey will remain a member of the board until his term expires at next year’s stockholders’ meeting, the company said.

Dorsey said in a statement released by Twitter: “I’ve decided to leave Twitter because I believe the company is ready to move on from its founders.

“My trust in Parag as Twitter’s CEO is deep. His work over the past 10 years has been transformational. I’m deeply grateful for his skill, heart, and soul. It’s his time to lead.”

Dorsey warned of potential pitfalls of a company founder staying on for too long.

He said “There’s a lot of talk about the importance of a company being ‘founder-led’.

“Ultimately I believe that’s severely limiting and a single point of failure.”

In an email to company employees he posted to Twitter on Monday, Dorsey denied that he was being pushed out of the company’s leadership and claimed to be resigning so that the company can move on from its founders.

“I’ve worked hard to ensure this company can break away from its founding and founders,” he wrote, noting that “there aren’t many founders that choose their company over ego.”

“I know we’ll prove this was the right move,” he added.

Dorsey remains CEO of Square, his digital payments company. Dorsey is the only person to be CEO of two public companies with market valuations of greater than $5 billion.

In his statement, Dorsey didn’t mention Square or investor pressure previously brought on him to pick one of the executive posts.

There have been concerns about his time being divided between Twitter and payments company Square Inc., both multimillion-dollar companies.

Dorsey was previously pushed out of his leadership position in the company in 2008 amid claims he kept leaving work early to enjoy other pursuits like yoga and fashion design, and chose improvements to the site over revenue.

In March 2011, Dorsey was named executive chairman, and when new CEO Dick Costolo announced his resignation in June 2015, Dorsey returned.

Dorsey will now remain on Twitter’s board of directors through his current term, which runs through 2022, but will step aside as chairman, with current board member Bret Taylor set to assume those responsibilities.

Once his term ends, Dorsey told staff, he will leave the company entirely.
His departure comes after a major bust up between Dorsey and Elliott Management last year, a hedge fund run by Paul Singer which has a substantial stake in Twitter, which ended in the hedge fund trying to replace him as CEO.
While Dorsey managed to hold onto his role, the hedge fund was able to force Twitter to make multiple changes to its corporate structure.

It was announced at the time that a board committee would be formed to “evaluate the CEO succession plan,” according to The Verge.

Nigeria lost a whopping N630.57 billion in seven months of ban on Twitter operations in the country just as US, UK, EU welcome its return to Nigeria. This is according to statistics disclosed by Netblocks.org. The microblogging platform has welcomed Nigeria’s decision to lift the restrictions placed on its operations in the country. “We are pleased that […]

Elon Musk has made a “best and final” offer to buy Twitter Inc., saying the company has extraordinary potential and he will unlock it. The world’s richest man will pay $54.20 per share in cash, representing a 54% premium over the Jan 28. closing price and a value of about $43 billion. The social media company’s […]

In one of the world’s biggest deals in the tech world, billionaire Elon Musk has taken control of Twitter. The deal will see Musk acquire the social network for approximately $44 billion with shares valued at $54.20. Musk had announced his takeover bid on April 14, calling it his ‘best and final offer’. “Free speech is […]