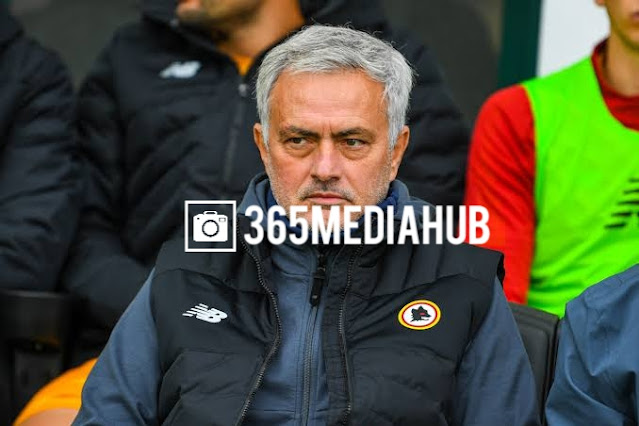 AS Roma boss, Jose Mourinho, has finally kept his promise and bought Felix Afena-Gyan the €800 shoes he wanted after the 18-year-old scored a brace against Genoa in a Serie A tie on Sunday.

Afena-Gyan featured for Roma as he bagged a sensational brace in his side’s 2-0 victory against Genoa.

The 18-year-old came off the bench in the 74th minute and inspired Roma to victory.

He celebrated with Mourinho on the touchline in brilliant scenes.

Speaking after the win, Mourinho revealed at his post-match press conference that he promised to buy Afena-Gyan a new and expensive pair of shoes.

Mourinho said, “I had promised to buy Felix the boots he really likes, which are really expensive, they cost €800, so he ran over and told me not to forget!

“Tomorrow morning, the first thing I do is buy him the boots.”

Afena-Gyan took to social media to share a wholesome video of himself opening the present that Mourinho purchased.