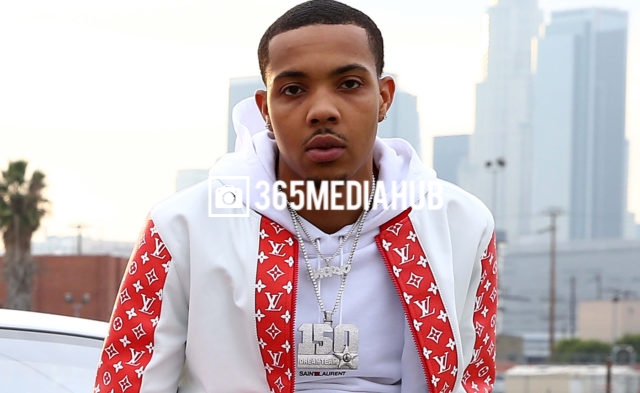 Verse 1: G HerboI was hearing bangs like Chief KeefAlways yelling names that’s deceasedI go off my mind and my instinct (And my instinct)Shooting at the same time, we was in syncOn the same thing, tryna repeat (Repeat)We was in them whips, right back on the enemiesStuffed on my last hit, I was in the middle seatFuck it, out the sun roof, brodie got a quick releaseAnd we in a car real fast from policeShots fired back, but his ass in the streetWhen I bought a forty, showed Brittany and TiffanyKnowing if they call, it ain’t shit they can’t get from me.

Lot of warfare, 17, had a 50 pieceFlexed on niggas so you know they wanna kill a G(Royalty) Posted in the hood with some Bentley keys(Loyalty) Roc died, showed ’em what it really meanI can’t sleep ’cause it’s a war zone in my headMy killers good, they know I’m hands-on with the breadA million dollars ahead, I’m still angry and seeing redHow the fuck I’m ‘posed to have fun? All my niggas dead.

Chorus: Juice WRLD & Chance The RapperI turn the news on when I smell death in the airI prove you wrong, I made it out of hereI don’t belong, I see my past everywhereDon’t stand too close to me, eternal PTSDI got a war zone on inside of my headI made it on my own, they said I’d be in jail or deadI’ve seen my brothers fall over and over again (Hunh)Don’t stand too close to me (Igh), I got PTSD

Verse 2: Chance The RapperUsed to run home from the train stop (Yeah)Running so fast, dodging raindropsMember got robbed at the park once (Yeah)Member thinking that that bitch probably ain’t cocked (Yeah)Member I was with my mama one timeSeen a nigga through the glass, hit a nigga with a bankshot (Bow)Point-blank, head hanging off his tank top (Woo)Walked off, we drove off, went to GameStop (Skrrt)Quiet ride there, picked up San Andreas (Hunh)Certain things we ain’t talk about, mama, we just prayed offWe seen it all, don’t get involvedCarry the weight of the world like a shawl (Yeah)Conceal and revealing to people in courtI still can feel it, I know that the world is evil, in case you thought a nigga forgot itWhen my homie was bleeding out, another homie went in his pockets (Tsk)Please do not run up on me, not even as fansNiggas get fanned down on the Dan RyanI’m flying, I’m scary as hell, I need me a Xan (Igh)

Bridge: Juice WRLD & Lil Uzi VertThe days seem longer as life gets shorterWe know sex, drugs, money, all in that orderAin’t no structure, no peace, we’ve lost our orderLeaving me with anxiety, fucking up my sobriety (Lil Uzi Vert, yeah)

Outro: Juice WRLDI turn the news on when I smell death in the air.

Chance the Rapper is returning to Ghana for Independence Day, and this time it will be even bigger. American ace rapper, singer, and record producer, Chancelor Johnathan Bennett, popularly known as Chance the Rapper, has revealed that he has big plans for this year’s Ghanaian independence day celebration. The Grammy-winning rapper was recently in Ghana with Ghanaian-American […]

DJ Khaled has got a new collaboration with the American music’s finest, Justin Bieber, Quavo, Chance The Rapper, Lil Wayne and this new one is surely an award winning one tagged “I’m The One” which i am sure you will like to enjoy together with the official video. Stream or download the music and video […]