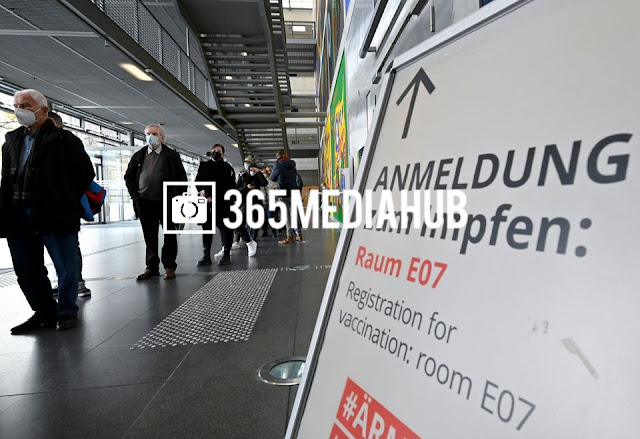 Germany reported a record 50,196 new cases of coronavirus on Thursday, the fourth day in a row it has posted a fresh daily high, as a wave of COVID-19 infections sweeps the country.

The total number of confirmed coronavirus cases is now 4.89 million and total deaths rose 235 to 97,198, according to the Robert Koch Institute public health authority.

The institute reported a rise in the coronavirus seven-day incidence rate – the number of people per 100,000 to be infected over the last week – to 249 from 232 on Wednesday.

The three German parties in talks to form a coalition government by early December have agreed not to extend a nationwide state of emergency, despite a fourth wave of infections.

Instead, they presented a draft law on Monday that would amend existing legislation to allow for measures such as compulsory face masks and social distancing in public spaces to continue to be enforced until next March.

The draft law is due to be presented to the Bundestag lower house of parliament on Thursday and voted on in a special session a week later.

Liverpool’s assistant manager, Pep Lijnders has tested positive for Coronavirus after showing mild symptoms on Tuesday, January 4th, 2022. Liverpool made the announcement on its website on Wednesday, January 5th, 2022. According to reports from the club, the current situation led to the club cancelling the training session ahead of the game against Arsenal in the Carabao Cup. Lijnders […]