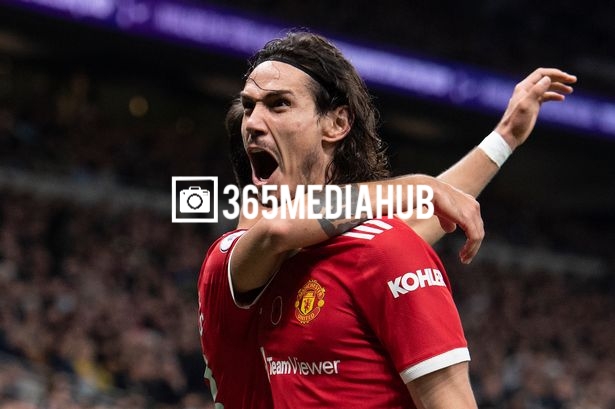 Boca Juniors chief, Juan Roman Riquelme, has revealed that Edinson Cavani called him in January, in a bid to leave Manchester United.

Cavani moved to Old Trafford as a free agent from Paris Saint-Germain in the summer of 2020.

The Uruguay striker struggled for minutes initially and was only used sporadically by Red Devils boss, Ole Gunnar Solskjaer, during the first half of the 2020-21 season.

Halfway through his time in Manchester, Cavani started exploring options to leave and join Boca.

“In January, Cavani called me that he wanted to come because he was playing little there.

“I’ve been speaking with him for a long time and he called me in January to come because he wasn’t playing there. I remember we talked one day and the next day he came in and scored two goals in the last minutes.

“He made a comeback. From then on, he started scoring goals in all the games and they renewed with him,” Riquelme told TNT Sports.

Cavani scored 17 goals in all competitions during his debut season and eventually signed on for a further year.

English Premier League to side Manchester United has reportedly opened talks with Barcelona over a transfer swoop for their French forward Ousmane Dembele. The 24-year-old 2018 World Cup winner has struggled to impact the Nou Camp since his big-money arrival from the German side Borussia Dortmund in 2017 due to injuries. Last season, he was able […]

Manchester United head coach Ole Gunnar Solskjaer has reacted to his club’s loss and he has admitted he is to be blamed for the 4-2 loss against Leicester City. The manager said that he ‘probably made a couple of bad decisions. United traveled to the King Power Stadium hoping to atone for those dropped points against Aston Villa […]

Derby County manager, Wayne Rooney has said Cristiano Ronaldo is still “annoying” as a player. Rooney played together with Ronaldo during his first stint at Old Trafford for five years from 2004 to 2009. Ronaldo is back in Manchester for a second spell and so far scored 18 goals for the Red Devils. Rooney, who […]