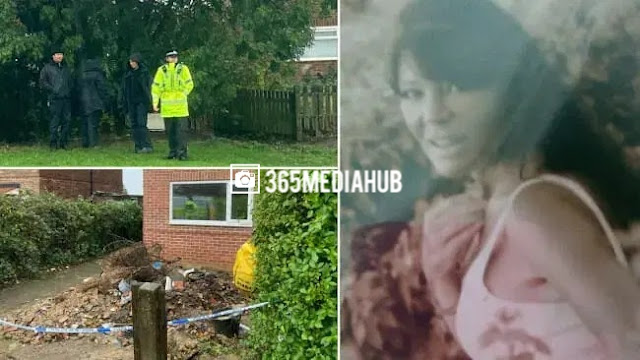 Barely few days after wedding, a newly married mum has been found dead in a suitcase.

The victim, named Dawn Walker who was described by friends as  ‘friendly, generous and beautiful’ had a very young son before her tragic death.

Her remains were found in a grassy area, behind some trees, in the small village of Lightcliffe, near Halifax in Yorkshire on Sunday, October 31.

A 45-year-old local man has been arrested on suspicion of murdering her. He remains in police custody and police are not seeking any further suspects in connection with Dawn’s death.

A close friend said: ‘She got married on Wednesday and died on Sunday morning.

‘Dawn was a sound woman. She got married on Wednesday and now this has happened.

‘She was found inside a suitcase at the back of some trees. She had been living on (nearby) Shirley Grove.

‘Now a little boy has been left with no mum. I think he’s about one or one-and-a-half.’

The friend said Dawn was always ready to help out others in need.

‘She was the soundest person you could meet,’ the friend said. ‘She was friendly and generous. She once paid for a disabled man’s shopping when he was short.’

Neighbours in Nunlea Royd have been left devastated by the news. One elderly woman said: ‘I am gobsmacked – there is no other word for it. It is devastating. I have lived here for 40 years and what has happened is just terrible.’

Detective Inspector Amanda Wimbles, of the Homicide and Major Enquiry Team, said: ‘Our enquiries into this incident are still at an early stage and we are particularly keen to speak with the person who initially called us to make the report as they have not yet identified themselves to us.’

The British High Commission has disclosed that it will pause making decisions on visitor visa applications from all red list countries including Nigeria. This was contained in a statement issued on Sunday by the commission. This development came hours after the UL added Nigeria to its travel red list as a result of concerns over […]

British medical experts have said that there is a new mutation of the Covid-19 delta variant that is being closely monitored. The delta variant sublineage newly designated as AY.4.2 has been increasingly identified in a rising number of cases. Last Friday, a report was issued by the U.K Health Security Agency noting that the Delta […]