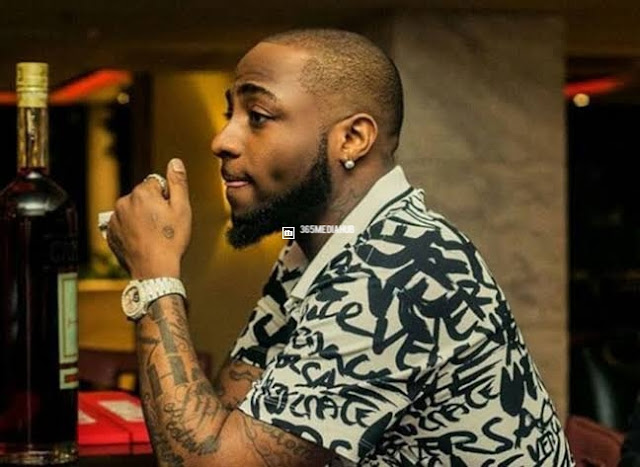 It is the second day of November, and Nigerian celebrities are talking about smart investments.

Davido took to his Instagram story to reveal how basketball legend, Kobe Bryant is still supporting his family even in death.

He reposted a post from TSR raving about how Kobe Bryant’s Estate is to receive #400 million after Bodyarmor announced its $5.6 billion sales to Coca-Cola.

Bodyarmor is an American sports drink maker. In 2014, Kobe Bryant became its third-largest shareholder after purchasing a 10% stake in the company for $6 million.

Apparently, Coca-Cola was the second-largest shareholder in 2014 with 15%, but the brand just announced that they spent a whopping $5.6 billion to purchase the remaining 85% controlling stake in Bodyarmor.

All things being equal, Kobe Bryant’s Estate which is managed by his wife, Vanessa Bryant will receive $400 million because of the investment Kobe made in 2014.

Reacting to this, Davido revealed that Dead or Alive, Kobe Bryant is still supporting his family.

According to Davido, being able to take care of one’s family when the person is no more is what everyone is striving for. 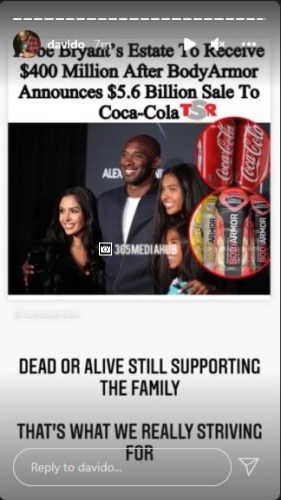 Tion Wayne has just got a new Album out and trending already and our pick from the full album “Green With Envy” is “Who’s True” which had JAE 5 & Davido featured in it. Enjoy the new trending music below and also share!  DOWNLOAD MP3 Please follow and like us: