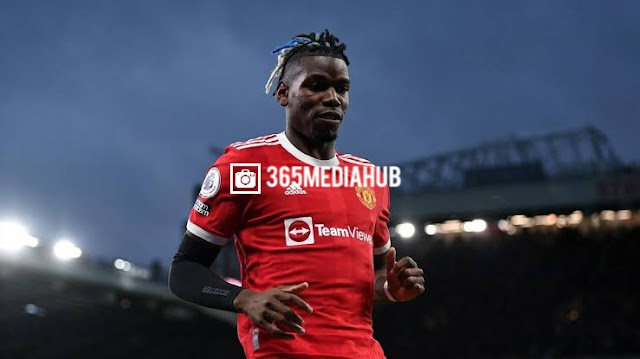 Manchester United midfielder, Paul Pogba has debunked the news making the rounds that he snubbed Ole Gunnar Solskjaer after the defeat to Liverpool at Old Trafford on Sunday, October 24th, 2021.

The 28-year-old took to his official Twitter account on Wednesday, October 24th, 2021, to debunk the news which was reported by The Sun. Pogba was sent off in the second half of the game against Liverpool, just minutes after he was brought in to replace Mason Greenwood.

Ole Gunnar Solskjaer’s job at the club has been under fire since the defeat to the Reds. According to reports, the club is willing to give him more time to turn things around.

Manchester United play Tottenham at the White Hart Lane and then travel to Italy for a UEFA Champions League game before hosting Manchester City.

Bonang Matheba was caught lusting after famous Football star, Paul Pogba. A video of the footballer dancing to the Ameno Amapiano remix surfaced on social media, and people gushed over him. Things got interesting after the South African media personality saw the video; she lusted after him, by saying, “I want to sit on his face.” Fans […]

Crystal Palace come into this match having completely dominated Spurs last time out, winning 3-0 against ten men. Though Japhet Tanganga’s red card did make things a bit easier for them, Palace looked the more likely side even before that game-changing event. Their new signing, Odsonne Édouard, came off the bench to score two memorable […]