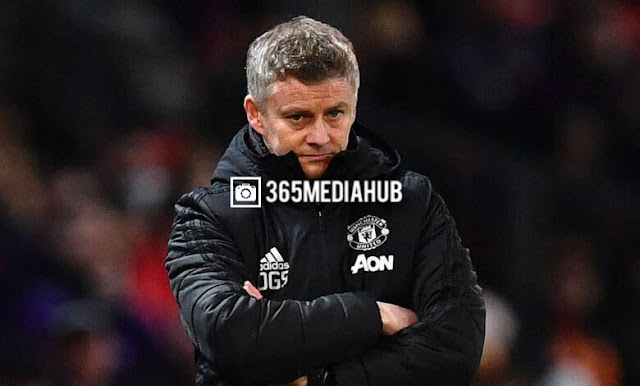 Reports in the news have it that a Manchester United player is said to have openly questioned Ole’s decision to give Harry Maguire the captain band.

The challenge came during a heated meeting involving the players and the management.

Manchester United manager Ole Gunnar Solskjaer’s position as the club’s head coach is under threat following his side’s 5-0 demolition by Liverpool at Old Trafford on Sunday.

In the meeting this week, United’s hierarchy have decided to keep Solskjaer in charge for their Premier League fixture against Tottenham this Saturday.

However, the Norwegian’s position will be under even more scrutiny if he fails to secure a positive result.

According to reports, Solskjaer invited Manchester United’s players to give their honest feedback in a clear-the-air meeting after its 4-2 defeat to Leicester City.

The report claims that some squad members did not hold back, as they gave their opinions. An unnamed player questioned Solskjaer’s decision to appoint Maguire as the club’s captain at the start of 2020.

Also, it is claimed that another United player accused some of his teammates of lacking motivation during their training sessions.

The report also said one United player confronted Solskjaer about his selection policy and asked why he did not drop those who have failed to perform this season.

Manchester United forward, Cristiano Ronaldo has said he will only stay at the club if incoming manager, Erik ten Hag wants him. Major changes are expected at Old Trafford this summer following a miserable season. Ten Hag is expected to shake up the playing squad, as he looks to impose his style of football. United signed Ronaldo less than 12 […]