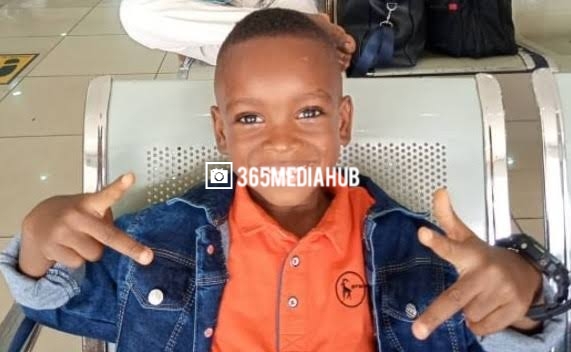 Oreofeoluwa Lawal-Babalola, a little boy who inspired the viral “mummy calm down” video, has made his Nollywood debut in a new movie project titled ‘Swallow’ by Kunle Afolayan, a Nigerian filmmaker.

Oreofeoluwa’s rise to fame all started as a punishment but it turned into a success story.

In 2020 during the lockdown, Oreofeoluwa offended his mum, and the woman was ready to punish him but Oreofeoluwa told his mummy to calm down.

It was a very funny conversation between him and his upset mom who was ready to beat him but the smart little boy tried to negotiate his ways out of punishment by telling his mummy to calm down and rest a little bit.

Popular Nollywood producer, Kunle Afolayan met with the young boy, Oreofeoluwa and as a producer whose movies are always mouthwatering, gave him his first movie role in his movie.

In the movie, it was evident that the young boy is a born actor as he played his role with ease. Oreofeoluwa acted as Eniola Badmus’ young son, Ayo in the blockbuster movie.