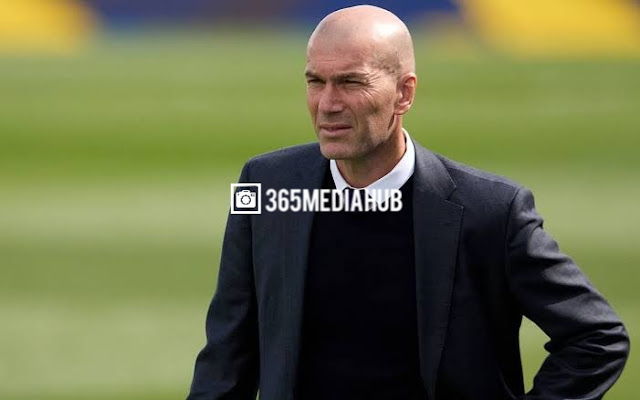 Zidane has been linked with a move to Man United as Solskjaer is currently under intense pressure at the Red Devils following their latest embarrassing Premier League 5-0 defeat to Liverpool on Sunday at Old Trafford.

According to Mundo Deportivo, Zidane does not want the Man United job because he doesn’t want to return to management so soon after leaving Real Madrid at the end of last season.

The Frenchman only wants to relax and recover at this stage in his life and while he will almost certainly return to management in the future, that time is not now.

Meanwhile, Man United hierarchy is giving serious consideration to sacking Solskjaer before the club’s next Premier League match against Tottenham Hotspur on Saturday.

This is coming after Man United’s humiliating defeat to Liverpool.

The defeat to Liverpool was Man United’s worst-ever home loss to their biggest rivals in the Premier League.

It was also their five defeats in their last nine matches.

Manchester United will sack their manager, Ole Gunnar Solskjaer, at the end of the season if he fails to win any trophy. This claim was made by Arsenal legend, Martin Keown, who feels getting the best out of Man United midfielder, Paul Pogba, could be key to turning things around for Solskjaer at the club. […]

Florence Ifeoluwa Otedola, professionally known as DJ Cuppy, or simply Cuppy, is a Nigerian disc jockey and producer. The entertainer is supporting Rashford in the Full Time Meals NGO in ensuring that ‘no child should ever go to bed hungry.’ Rashford has been doing a phenomenal job in shining a bright light on the UK […]