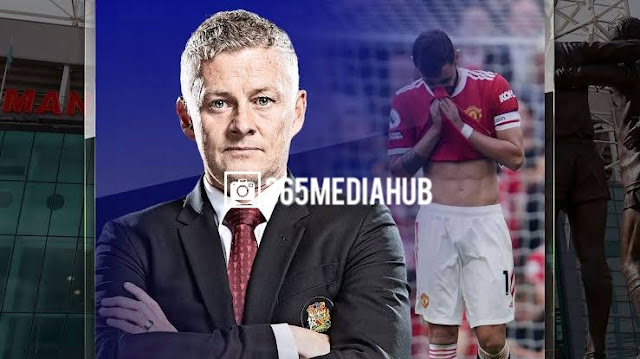 Manchester United head coach Ole Gunnar Solskjaer has reacted to his club’s loss and he has admitted he is to be blamed for the 4-2 loss against Leicester City.

The manager said that he ‘probably made a couple of bad decisions.

United traveled to the King Power Stadium hoping to atone for those dropped points against Aston Villa and Everton before the October international break.

But Manchester United found themselves on the wrong end of a six-goal thriller, as late goals from Jamie Vardy and Patson Daka sealed a memorable over United.

It was Leicester’s first home win against Manchester United since 2014 which they won 5-3.

Former Leicester City defender Harry Maguire had a particularly poor game after returning from injury and Ole Gunnar Solskjaer admitted that playing the Englishman may have been a mistake.

According to Ole Gunnar Solskjaer, he said: “I pick the team,” he told reporters after the game. He also said: “Harry Maguire showed no reaction and I hold my hand up if that does not work out. If we concede four, I probably made a bad decision.”

“Lately we have not been in great form, lost too many points and that is something we have to look at,” he continued.

We might have to change, do we need more legs in there? What do we need? “Over the international break we have had a good look to see what has gone wrong lately but we need to look at the whole set up and balance of the team and maybe something has to give.

Ole Gunnar Solskjaer “We were not good enough with and without the ball. You have to run, block and tackle and we didn’t do that enough.” United have drifted to the fifth-place position in the league table following the loss.

Chelsea beat Brentford 1-0 to return to the top of the table while Manchester City also won their game 2-0.

Derby County manager, Wayne Rooney has said Cristiano Ronaldo is still “annoying” as a player. Rooney played together with Ronaldo during his first stint at Old Trafford for five years from 2004 to 2009. Ronaldo is back in Manchester for a second spell and so far scored 18 goals for the Red Devils. Rooney, who […]