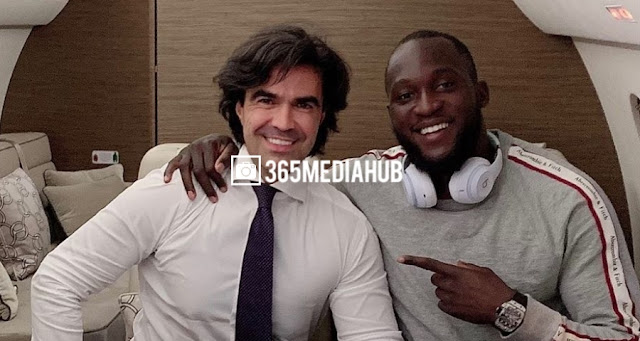 The agent made it known that Inter Milan is still in his player’s heart. Nerazzurri supporter criticized the Belgium international after he assured them that he was not leaving and then went back to his word.

Romelu Lukaku’s Agent Federico Pastorello said: “He has Inter in his heart.” “People can say what they want, but this is a fact. A professional then has to evaluate other aspects beyond the sentimental, what is best for his career.”

“He is happy in London, concentrated on the new project, but still follows Inter and their games with great affection.”

Pastorello was also asked about reports the negotiations with Chelsea started even before the UEFA EURO 2020 tournament.

Regarding that, Federico Pastorello said: “There was a lot of chatter. The transfer itself was pretty rapid. When they decided to go for it, they went in hard. It didn’t last particularly long.”

The 28-year-old centre-forward has scored four goals since his return to the club after playing nine competitive games.

Chelsea forward, Romelu Lukaku, is ready to accept a pay cut in order to return to Inter Milan in the summer, according to La Gazzetta dello Sport. However, 365Sports understand a transfer will not be as simple as that. Lukaku is unhappy at Stamford Bridge and feels he made a mistake when he left Inter […]

Romelu Lukaku has landed in London ahead of his big money return to Chelsea this summer. The 28-year-old completed his medical in Milan earlier on Monday at the Columbus Clinic. Ahead of his £97.5 million move to Chelsea, it was reported that Lukaku would fly to England on Wednesday. The Belgian has now landed and is […]